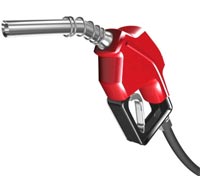 The NY State Senate may have passed legislation eliminating the NY State gas tax between Memorial Day and Labor Day, but it's unlikely Assembly or Governor will support the plan.

New Yorkers would save 32 cents per gallon, and State Senator Andrew Lanza (R-Staten Island) said, "Look at New Jersey, where you'll find a lower tax for gasoline, and you know what you'll find? A lower price for gasoline. Gas costs more here, because we impose a higher tax here. If we impose a lower tax here gas will cost less here. What is so hard about that to understand?"

However, Governor David Paterson has previously signaled caution about the plan, saying that it would be "meritorious" only "if in fact that saving is passed along to the consumer." He is also concerned about loss revenue, given the dire state of the budget, which Assembly Speaker Sheldon Silver reiterated--about $500 million could be lost in infrastructure funding. Others suggest oil companies will hike prices to make up difference.

A group pressing for the gas tax holiday, Free New York, says the state could replace that revenue if it stopped the corporate welfare. Free New York president Jim Ostrowski told Buffalo news station WIVB, "New York State gives a lot of money to wealthy private corporations. Did you know the Hyatt is getting 5.1 million dollars for new mattresses and a private hotel?"