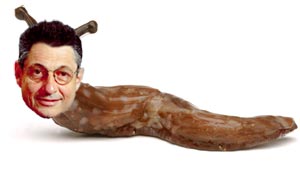 State judges have been agitating for a salary raise for a while, but since state legislators are determined to link judicial raises to legislator pay raises. Now judge are planning a "rule-book slowdown" and other ways to get back at the Assembly Leader Sheldon Silver and the state legislature.

The Post reports the judges have been circulating an email listing all the state legislators who work as lawyers and the law firms they work at--so they can refuse to hear cases related to them! And, notably, Silver's law firm, Weitz & Luxenberg, has "about 2,200 cases pending across the state - 77 percent of which have lingered in the system longer than the court system's 30-month timetable for disposing of cases."

State judges point to data that shows NY State judges rank 49th (out of 50) in the country for pay. It's also worth noting lawmakers can supplement their income with other jobs. One Brooklyn judge, Justice Arthur Schack, refused to hear a case from a firm that employs two lawmakers, writing in his opinion, "Thanks to our legislators, like Senator [Craig] Johnson and Assemblyman [Marc] Alessi, it appears that our judges are the Rodney Dangerfields of government."

Given state budget woes, it's possible that this fight may brew--as it has for three years--for a while.

Illustration inspired by Cattaraugus County Judge Larry Himelein's comment to the Post, "I think the speaker is a slug."

#judges
#pay raise
#sheldon silver
#State Judges
#state legislature
Do you know the scoop? Comment below or Send us a Tip