State Budget Balanced, But Ready to Tip Into Real Trouble 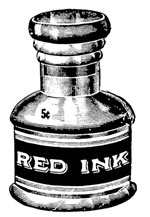 The New York State Legislature finally passed a budget two weeks ago, which it balanced by taking on extra debt without the approval of voters to fund a 6% increase in spending as revenues continue to shrink. State Comptroller Thomas DiNapoli says New York is heading for trouble, especially since revenue projections are so uncertain and vulnerable to further economic downturn.

The $121.7 billion budget grew 6% despite entreaties from Gov. Paterson to actually cut spending and tighten belts. Comptroller DiNapoli said that he's forecasting budget shortfalls totaling $23.4 billion over the next three fiscal years. Bridging those budget gaps would necessitate taking on even more state debt and would increase the cost of servicing New York's debt load by 50% in three years.

Gov. Paterson asked the legislature to try again with the budget while the body was still in session. Even though the budget's been passed, he wants to see if he can reduce spending by 3.5% before the Assembly and Senate recess on June 30th. Spokesmen for Assembly Leader Sheldon Silver and Senate Leader Joe Bruno said that they were open to the idea, which is about as definite as saying "We'll see" or "Go ask your mother."