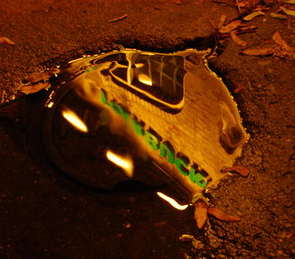 Starbucks has released the full list [pdf] of 600 “underperforming” locations nationwide that will close between now and mid-2009; 10 of them are in New York City, with the majority clustered in midtown, two in Queens, one on Staten Island and one in Bay Ridge. Which means we’re left with a scant 225 Starbucks citywide – so get out and support your local neighborhood Starbucks!

The closings will affect some 12,000 employees – er, partners – who have been gathered around the Starbucks Gossip blog to commiserate. Some comments are pretty depressing, like this reminiscence for beloved Starbucks #9930 in Fort Worth, Texas: “To touch on special relationships. This store is truly an example. Ralph, the manager, considers the partners and customers his family and it is a painful ‘separation.’” Pour a Grande out for poor Ralph. Other comments are depressing in a different way, like: “Every store has unique characteristics, many have something that make it special. I'm wondering what traditions are being lost in the stores that are closing?”

In a memo to employees last week, Starbucks C.E.O Howard Schultz explained the downsizing: "Poor real estate decisions that were made, coupled with a very troubled economy, convinced us that these stores would not reach acceptable levels of profitability." And no mention of Starbucks closures would be complete without reminding everyone that this is all just a normal part of Starbucks Phase Two. Read and weep or celebrate the full list of New York City Starbucks closures after the jump.

#closing
#coffee
#starbucks
#stores
Do you know the scoop? Comment below or Send us a Tip