Squeegee Men Are Back, Just Like They Were A Few Years Ago

New Yorkers love nothing more than reminiscing about the old days—when Williamsburg was just a collection of shoe factories, when the East Village was more than a TD Bank mating ground, when stickball was a game and not just two words mashed together. According to the Post, one relic of bygone days is making a comeback—squeegee men! 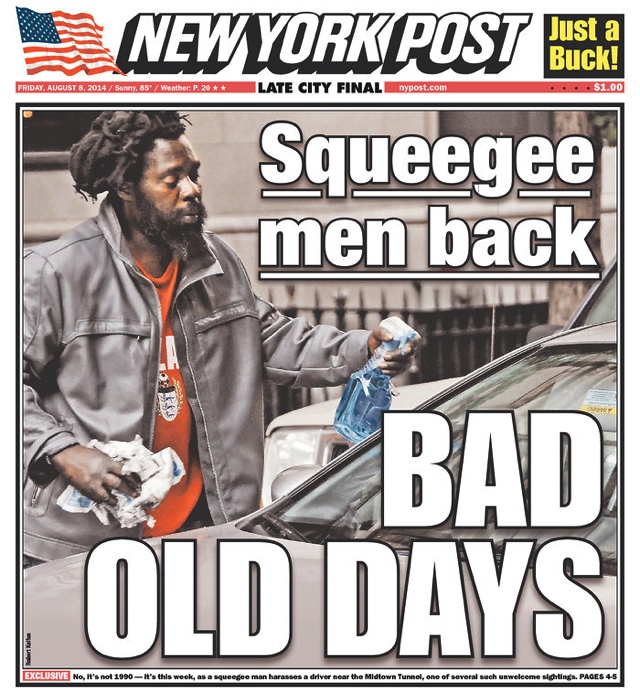 You remember squeegee men, approaching cars stopped at lights, offering and in some cases insisting on wiping down windshields in exchange for money. Many New Yorkers see the presence of squeegee men as more than just a nuisance, but an ominous harbinger of the return of more serious crime.

“They really have to do something,” Robert Bannan, an elevator mechanic who has seen squegee men around, told the tabloid. “They just gotta nip it in the bud before it becomes a situation that’s out of control and the city gets really bad.”

But the Post also squealed that squeegee men were making a comeback in 2008, and the Daily News sounded the squeegee alarm (you know it when you hear it) in 2011. How is it that a tired story recycled every few years has managed to make the cover of one of the city's major tabloids? The better question might be: Is today a slow news day, or the slowest news day?