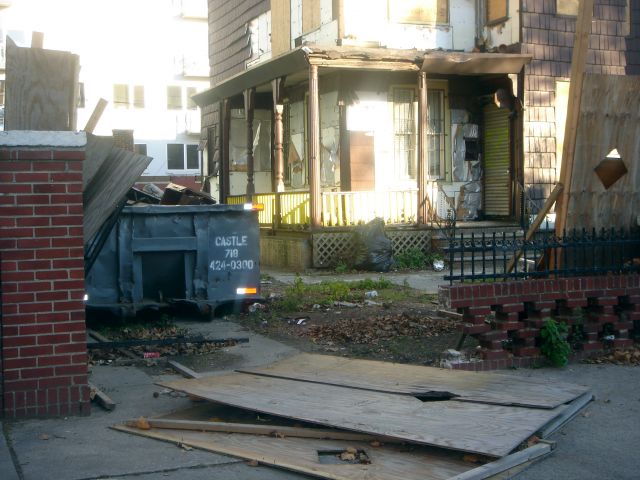 Looks like the evicted squatters of 59 Orient Avenue are trying to reclaim their abandoned home. Caroline Stanley of Flavorwire, a neighbor of the Williamsburg house, tells us: "We heard people trying to get in last night around 12 and called the cops. The fence has been like that for two days now and when I called 311 to report it to the DOB they claimed that two other complaints had already been lodged." The house, of course, is famous for being Clementine's home in Eternal Sunshine of the Spotless Mind, and the street made more famous by its real-life resident Michel Gondry.

Don't worry kids, the new owners are soon turning this Victorian-era should-have-been-landmarked dump into a 20-unit luxury condo, which will surely appease the stabby drug addicts who currently call it home. More photos of its present state after the jump. 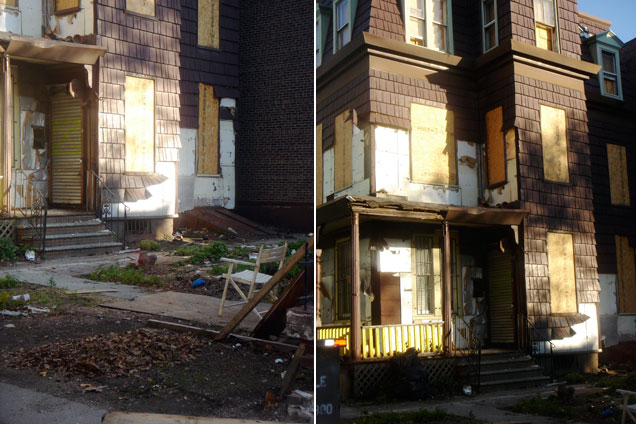