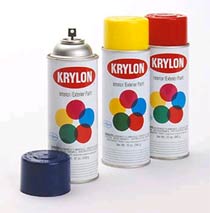 Sure, getting dumped hurts, but does that mean you need to deface an entire neighborhood? A Brooklyn man was arrested after police discovered he was behind a number of swastikas found in Brooklyn, apparently acting out after being left for another (possibly more stable) man.

According to police, 911 received a number of calls from a pay phone about swastikas on buildings and cars in Sheepshead Bay; the culprit was described as a bald man. On December 21, the police received another call about vandalism and when police responded to where the pay phone, they found Pavel Andreenko. He denied being involved and was released.

However, a few days later, Andreenko punched a man while wearing paint-covered clothing. The Daily News reports, "The outfit matched that of a man filmed by a surveillance camera spray-painting a swastika on St. Edmund Preparatory High School on Dec. 19." And the bald man? A description of his ex-girlfriend's new boyfriend.

Andreenko, whose drug problems led to his dumping, was charged with 44 counts of criminal mischief and aggravated harassment as a hate crime.