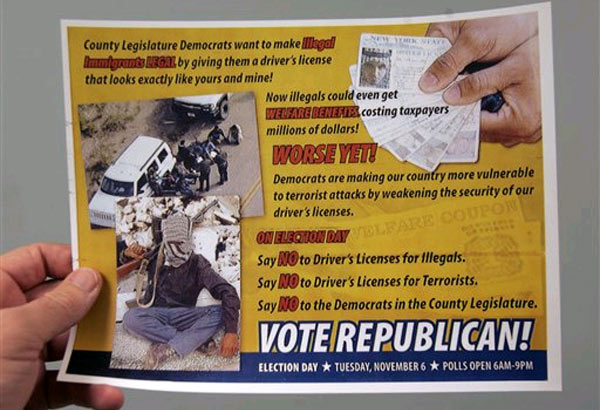 Governor Spitzer may back off his controversial plan to offer driver's licenses to illegal immigrants after weeks of bipartisan criticism. During a trip to San Juan, Puerto, Spitzer didn't quite rule out shelving the plan, acknowledging, "It's a tough issue."

Spitzer's aides are apparently worried that the issue is preventing the governor "disliked by voters, elected officials, and pundits all around - and also caused some problems for Senator Hillary Clinton, when she seemed to waffle about her support for the plan.

Assemblyman Ruben Diaz Jr., who supported Spitzer's earlier version of a driver's license plan, which would have given illegal immigrants easier access to licenses (the argument being that it would encourage them to get insurance and work with the system, plus give them the chance to apply for certain jobs), was annoyed that Spitzer did not address the license issue at length at an earlier meeting with Hispanic lawmakers, "He had nothing to say about licensing, other than to jest with the lieutenant governor. That is the elephant in the room. He should have addressed it."

Later on, Spitzer did say, "The way policy gets created, you put out ideas. Most of them we've succeeded in implementing. Sometimes you put out an idea and there isn't so much support and you try to persuade people and you see where you go. This is the way the world works."