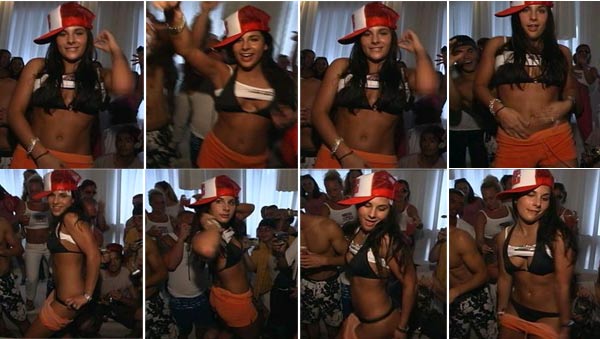 First she nabs Mariah Carey's old manager to represent her. Now Ashley Dupré, also known as "Kristen," the hooker who serviced former governor Eliot Spitzer, is suing Joe Francis and his "Girls Gone Wild" operation for $10 million in damages. She says the GGW video was taken when she was underage.

People.com reports, "Dupré alleges that Girls Gone Wild representatives approached her while she was vacationing in Florida in 2003, offered her alcohol and cajoled her into exposing her breasts for their cameras when she was just 17 (and not of proper legal age to sign a release form allowing her to be filmed)."

When Francis had discovered the tape with Dupre, he was confident she was of age but if not, "The lawyers looked at the tape, and said since there is no sexual contact; it doesn't matter if she was underage. It will be released." Dupré, who is now 23, has maintained a low-profile since the news of her work as a high-class escort broke. She is reportedly cooperating with a number of investigations.