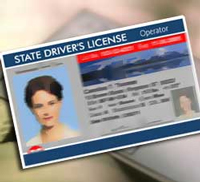 Governor Spitzer's plan to allow illegal residents of U.S. to get New York State drivers licenses by producing a valid foreign passport is generating widespread opposition. More than 80% of New York's DMV offices are supervised by county clerks and The New York Times reports that many oppose Spitzer's license plan and will resist processing applications that don't include proof of legal residence. Clerks in NYC, Westchester, and Long Island are agents of New York State, and have little autonomy to resist Spitzer's wishes, but the county clerk in Rensselaer County near Albany told the Times he will simply refuse to comply, although he doesn't know the ramifications of butting heads with the governor.

Civil disobedience, or intransigence, by DMV clerks is just the latest roadblock that Spitzer is encountering while attempting to issue state documentation to people who are in the country illegally. State Senate Republicans accuse Spitzer of endangering the US by enabling potential terrorists to obtain licenses that would allow them to rent cars, open bank accounts, or board airplanes. The New York Sun points out that senate Republicans will probably not be able to pass legislation overturning Spitzer's directive, however, because Assembly Speaker Sheldon Silver supports the governor's stance.

Proponents of the directive claim that licensing illegal immigrants is a commonsense step that will lower insurance premiums by drawing unlicensed drivers into the sunlight of legal responsibility. The move may go against federal desires to increase the security of state drivers licenses and possibly result in New Yorkers having to produce passports in order to board planes. The new rules are scheduled to be instituted by December.

However, the top man of NYC is iffy about the plan. Mayor Bloomberg said, "I'm really skeptical that we should be issuing driver's licenses willy-nilly because it then leads to lots of other problems." To which Spitzer responded, "He is wrong at every level - dead wrong, factually wrong, legally wrong, morally wrong, ethically wrong."