Yesterday the NYPD loaded reporters onto a bus and drove them up to the Bronx to view their updated stop-and-frisk training program at the department's Rodman's Neck facility. The NYCLU immediately dismissed the outing as "stagecraft," but this was better than bad theater. The combination of cloying overtures from the famously brusque NYPD press officers with a training facility that resembled a movie set made the entire experience feel like a Hollywood B-movie, Field Trip: Stop & Frisk.

The surreality ended at the press conference, which followed the live-action demonstrations of three stop-and-frisk scenarios that 1,300 "high-impact" officers (those most likely to conduct stops) have completed since April, and are now required for new recruits.

Two of the scenarios involved radio calls, the other a domestic disturbance. Weren't more than half of the 601,055 stops conducted last year for "furtive movements?" Why not incorporate those? "I think that everything you saw was realistic," Dr. James O'Keefe, Deputy Commissioner of Training said. "They are reflective of actual jobs," Deputy Chief James Shea added, pointing out that radio scenarios are "easier for me to control for training purposes."

Also detracting from the scenarios' realism: the only man actually detained was white, and the officers assigned to performing the stops were seasoned detectives, not officers feeling their way through the exercise. There would be no learning curve, no adjustment of techniques. These two were perfect.

We asked if the new training incorporated Commissioner Kelly's order in September to stop arresting citizens (mostly young men of color) who are essentially tricked into bringing small amounts of marijuana into public view—turning violations into misdemeanors—during stop-and-frisks. "That's not currently part of the training," O'Keefe said.

Deputy Commissioner for Public Information Paul Browne asked Inspector Kerry Sweet, the executive officer of the NYPD's Legal Bureau to chime in. "We enforce the law as it is," Sweet said, as another six people were arrested for marijuana possession. "If there are legislative changes, we will address the changes." 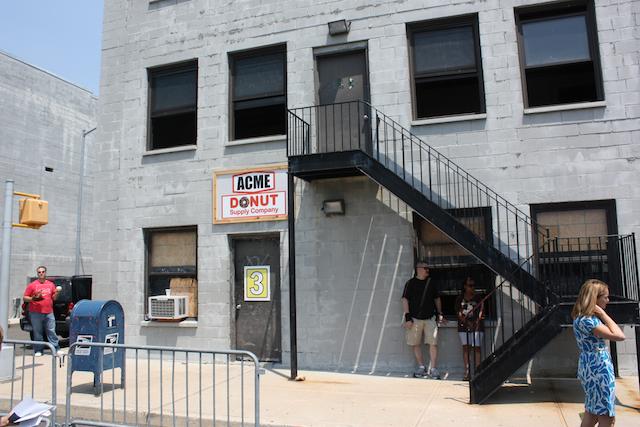 Improvements to the training aside, it's clear that the NYPD spends a lot of money on it. And the new curriculum includes a portion called "The Nobility of Policing," that emphasizes the "special trust and confidence in the police that is earned through good police work." Isn't it really the "q word," the pressure to turn up numbers or be punished, that is causing stops to skyrocket and creating friction between communities and the police? One reporter referenced the audio recordings that NYPD officer Adrian Schoolcraft produced showing the magic number to be 20 summonses a month. "Tapes? What tapes?" Browne said, with a straight face.

"I don't know what those recordings are," O'Keefe said of the tapes that are currently being used in a class-action lawsuit against the NYPD for imposing quotas. "I don't know what you're referring to." So we're supposed to believe that the same NYPD that spotted a threat against Ray Kelly in a website's comment section and arrested its author hasn't heard of The NYPD Tapes? 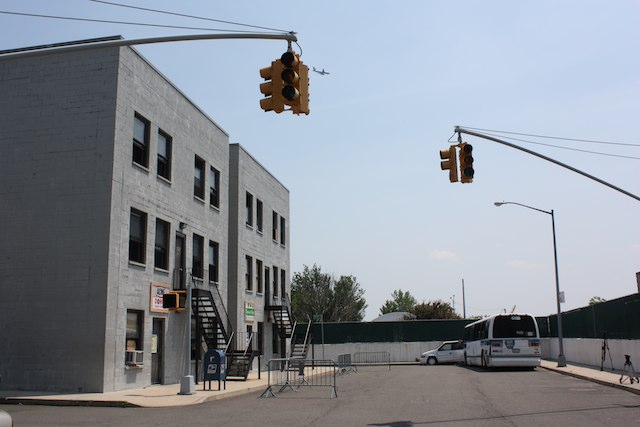 The day began pleasantly enough, with Browne himself shepherding reporters into an NYPD-converted schoolbus like kids on their way to summercamp. "I got shotgun! No, no," Browne joked as we all boarded. Walking into the training facility and shooting range, we found that the NYPD had sandwiches for us. And chips. And soda. And macaroni salad. Vases containing three carnations apiece were spread out on our dining tables, adding a touch of ambiance to a room that reminded some of us of high school detention.

All the actors in the scenarios are police officers, and seemed happy for the change of pace. "I volunteered to do today," Officer Nicholas Amante said. Normally he works in the 20th Precinct, but today he was a perp in a Coca-Cola shirt who is collared for robbery. "There's no script, it's all ad-libbed."

Wandering the city block that the NYPD created we noticed the three-way stoplights, the empty packs of Newports and spent shell casings on the ground (from a paintball-esque simulation exercise). Looked real to us. We wondered if the department owned any more fake New York real estate. "Oh yes, we have this place called the Fun House, where trainees can look down on simulated domestic disputes as they happen," Browne said. He then politely offered to let us step indoors while we were waiting our turn to observe a scenario. It was hot outside and he didn't want us to be uncomfortable. 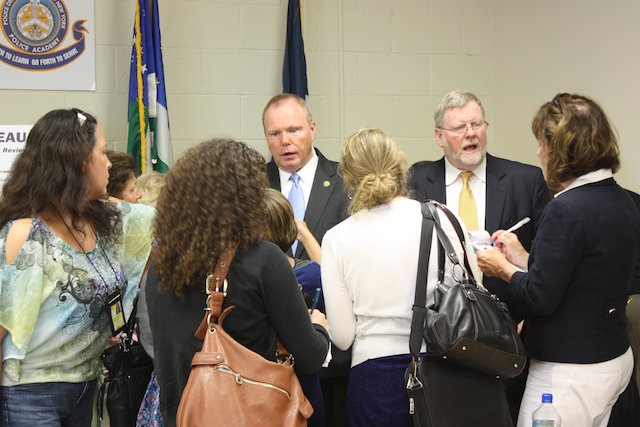 Paul Browne speaks softy and deliberately without seeming pushy, in a way that calls to mind what Detective James Shanahan said was the goal of some of the training that he devised: "The idea is to get people to do what you need them to do while getting them to believe it's their choice." Browne told us that this complex was only recently used for stop-and-frisk, but that it had been used shortly after the terrorist attacks in Mumbai.

"Those were different in that they featured multiple, simultaneous assaults," Browne said. "So we simulated that. We had helicopters fly in, officers repelling down the buildings. It was pretty cool."

#dcpi
#drug war
#nypd
#paul browne
#stop and frisk
#original
Do you know the scoop? Comment below or Send us a Tip