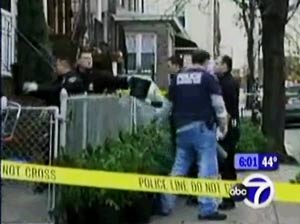 Another pot farm bites the dust: A small fire in Queens led the Fire Department to over 200 marijuana plants growing inside a home.

The FDNY wanted to inspect some smoking utility lines and entered another home at 61-20 Bleecker Street to turn off the electricity. When they got to Ridgewood home's basement, they found 217 pot plants, ranging in height from 2 to 6 feet, plus three illegal propane tanks. The home's occupant who let in the FDNY left, claiming a medical emergency, before the police came with a search warrant.

Neighbors were amazed that a pot farm had been flourishing across the street - they told the police they couldn't smell a thing! The police are looking for the home's residents; residents added that they've seen many people coming and going from the house.

Back in October, the smell of over 300 marijuana plants (plus 10 lawn bags of marijuana being dried) attracted the cops to a grow house in Floral Park. And some other pot-bust stories: Pot found growing in Floyd Bennett Field, the car that ran a stop sign, a Washington Heights pot farm growing plants as big as Christmas trees, the leak that led the FDNY to a hydroponic farm, using bookshelves to hide a grow room, and Whitestone Bridge bust.