Brooklyn-based performance artist Niv Acosta says that Spa Castle employees barred him from the locker rooms and nude bathing areas at its Queens location on Sunday afternoon because he is transgender.

It is illegal under the NYC Human Rights Law to bar a transgender individual from a single-sex facility like a bathroom or locker-room. Acosta is a transgender man, and was assigned female at birth. His legal ID lists female.

Acosta, who also teaches performance art at NYU, told Gothamist that he arrived at Spa Castle in Queens with his girlfriend and another friend around 3:00 p.m. on Sunday afternoon. He was hoping to rejuvenate from his latest performance piece, Discotropic, which closed last month. "We were twerking for the first 20 minutes of the show," Acosta recalled. "To say the least it was very taxing on my body." 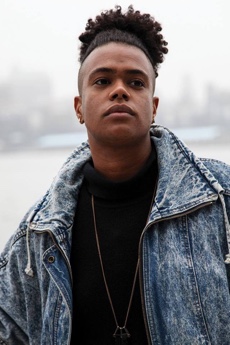 "I'm not a sadist," he added. "I wasn't looking for pain. I just really needed a spa day, and I had a Living Social coupon."

Spa Castle guests are administered locker room keys and corresponding uniforms in the lobby upon arrival—pink for women and blue for men. "They basically process you and assume your gender right off the bat," Acosta said.

Acosta explained that he'd had an uncomfortable experience at the same location a year previous, when employees issued him a blue key. On that occasion, Acosta used the men's changing room, but asked for a pink key when he realized that he would be relegated to the men-only nude area. He was eventually granted permission to enter through the women's looker room, but the experience was a "huge hassle."

The nude areas are Acosta's favorite part of the spa, because they have more Jacuzzi options and heated pools.

On Sunday, Acosta was hoping to avoid confusion. "Let me get the pink key so I can be with people who have the same body as I do," he recalled thinking. "So I asked them to give me a pink key, and that's when it started rolling."

Rather than grant Acosta entry to the spa, the receptionist flagged down her manager. According to Acosta, the manager told him that he could enter the spa, but only if he agreed to change in a private bathroom upstairs and avoid all nude spa areas. Acosta refused, and demanded a refund, which was granted. Acosta then pressed the manager for further information. He recalls that the manager asked him if he was transgender, adding, "When we have trans clients, this is what we've had to do."

"I'm trans, but the purpose of bathing there is that I'm deciding to be female, but really that shouldn't be any of your fucking concern," Acosta told Gothamist on Monday.

"I am never, ever going back," he added.

Spa Castle General Manager Sean Lee confirmed on Monday that his staff is instructed to assign locker rooms according to the gender listed on a guest's legal ID (in Acosta's case, female). According to Lee, it is against company policy to ban guests from any part of the facility. He said that he had not been informed of the incident and would look into it right away.

However, Lee added that Spa Castle is a "family-oriented facility," and that sometimes guests "feel uncomfortable" around transgender guests. He said that if a complaint is issued, management is instructed to offer an alternative private changing room, which the guest can refuse.

Acosta said he was motivated to speak up on Sunday in part because of a recent governmental push to define and defend the rights of transgender and gender-nonconforming New Yorkers. New legislation gaining considerable support in the City Council would require all single-stall restrooms to be gender neutral, for example.

Violations of the New York City Human Rights Law can result in penalties up to $250,000.

"I think there aren't enough public spaces for self-care for people who are gender-nonconforming and that's a damn shame," Acosta said. "There are so many trans people in NYC alone, and it's heartbreaking that there are so few places where we can seek care that aren't a hospital or a clinic."

Acosta added that, as a trans person of color, he considers self-care an important statement. "It's a way to fight oppression," he said. "It's a very revolutionary act to say, 'I'm going to go take care of my body today, and recover from trauma or hard work.' I should be able to say that without 20,000 steps in between."

UPDATE: This piece has been updated to include language from the NYC Commission On Human Rights Legal Enforcement Guidance.

#descrimination
#Locker Room
#spa castle
#transgender
#original
Do you know the scoop? Comment below or Send us a Tip