Mob attack victim Taj Patterson recounted the horror of the winter 2013 beating that left him blind in one eye during yesterday's proceedings in the trial of the last of his accused assailants to face charges.

Patterson, then a 22-year-old fashion student, was walking down Flushing Avenue near Bedford Avenue at about 4:30 a.m., returning home to Fort Greene from a birthday party, when he heard someone yelling behind him. He turned, and saw a man chasing him, he recounted. Soon, two more men were on his trail.

"They caught up to me, and pinned me up against a gate," he said. "I was yelling for them to stop, asking why they were doing this."

Prosecutors allege that the men, soon joined by another 15 or so attackers, were members of Williamsburg's Hasidic Jewish neighborhood patrol group, and were responding to false reports of a man vandalizing cars. Police with the 90th Precinct closed the case immediately after it came in, and the NYPD only reopened it when Patterson's mother raised a stink in the press.

"I started getting punched in the face," Patterson said. He recalled getting a few punches in, but he was outnumbered. "I got punched more, I was knocked down to the ground, I was tripped. They were kicking me. I was kicked in the face. I was dragged. I was being held between cars. Fifteen other people were blocking my view from cars driving by."

At one point, Patterson broke free, ran into the street, and tried to stop a passing driver by banging on the car's windows and yelling for help. Prosecutors said that the driver called 911 but didn't stop because "there were too many of them" and it felt unsafe. Another driver or two passed without stopping, Patterson said. 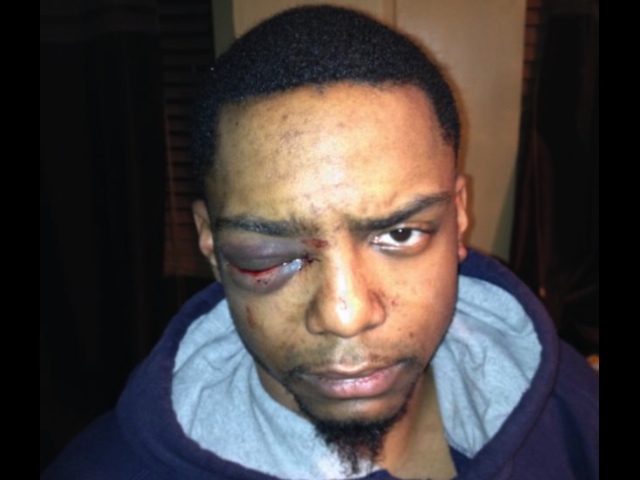 Patterson described one of the attackers as a "middle man," and "ringleader," accompanied by "two flunkies" who, between the three of them, got the most licks in. When Patterson got an arm free and tried to throw a punch, he said, "the ringleader shoved" his thumb into his eye.

"Once the thumb was in my eye, I started screaming, and they just kept punching me. I was tripped. They were kicking me, then dragging me on my knees," he said.

"They threw me to the ground, dragged me on my knees, told me to 'stay on the ground you fucking faggot,'" Patterson also testified. "I was kicked in the face, and there was a flash of light. The next thing I recall is waking up in the hospital."

The assault ended only when a bus driver and another passerby stopped and began filming, according to witnesses and prosecutors.

Patterson dropped out of school following the assault.

Patterson is testifying against Mayer Herskovic, whose DNA prosecutors say they found on a shoe one of the attackers threw onto a roof. Herskovic is charged with gang assault and other counts. The gang assault charge is a felony that carries as many as 25 years in prison.

The case has been troubled from the start, not just by local cops' initially dropping it, which Patterson's lawyers ascribe in a lawsuit to coziness between the NYPD and Shomrim organizations, but subsequently what a Hate Crimes detective described as an unprecedented level of resistance to the reopened investigation by neighbors, who lied and said there was no surveillance footage to turn over.

A Jewish detective eventually obtained footage from several cameras after posing as a robbery victim, and police arrested five men in connection with the attack in 2014. Subsequently, though, witnesses changed their stories, and prosecutors dropped charges against two of the suspects. The other two, Pinchas Braver and Abraham Winkler, pleaded guilty to misdemeanors in May and a judge sentenced them to community service. 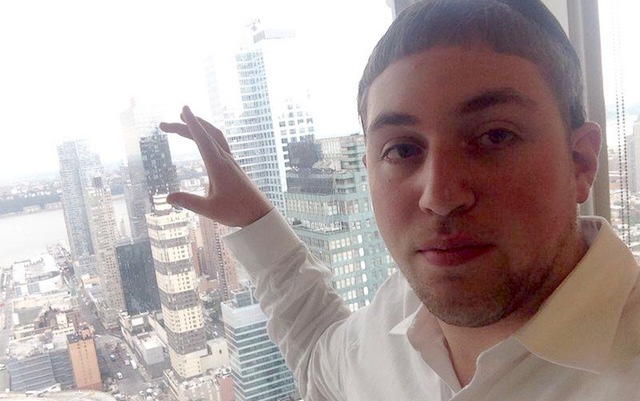 Braver's Facebook profile lists him as facilities coordinator for the real estate investment firm Clipper Equity. A spokeswoman for the company did not immediately respond to a request for information about the nature of his employment or whether his role in the attack affected it.

Shortly before the trial started, Herskovic's lawyer requested a judge trial rather than making his case before a jury.

Under cross-examination on Wednesday, Patterson acknowledged that he consumed alcohol at the party, that his memories of the night are hazy, and that he could not pick Herskovic out of a lineup, in part because Hasidic men "all look alike" due to the "uniformity of their ensembles."

Video footage and witness statements have shown that some but not all of those who ran to accost Patterson were wearing Shomrim jackets, and some were speaking into walkie talkies.

#gang assault
#nypd
#shomrim
#taj patterson
#williamsburg
#williamsburg safety patrol
Do you know the scoop? Comment below or Send us a Tip