In his inaugural address earlier this month, Brooklyn's new District Attorney Ken Thompson renewed his campaign pledge that his office will no longer prosecute low-level misdemeanor marijuana arrests, and instead treat them as violations, largely akin to parking tickets. He stated, "I not only want to keep Brooklyn safe, I want to protect the future of our youth. That means we must change the policy regarding those who are arrested for possessing small amounts of marijuana."

This is great, for several reasons. D.A. Thompson is the chief law enforcement officer for Brooklyn's more than 2.5 million people, a borough that were it again an independent city would be the fourth largest in the United States. No longer will the citizenry of Kings County (or at least its male black populace, who judging by disproportionate police stops are the face of marijuana arrests in NYC) risk criminal proceedings and all their resulting collateral consequences for simply possessing small amounts of weed.

What a cost-savings to the criminal justice system! What an alignment of law enforcement priorities with the populace's largely tolerant beliefs concerning marijuana, at a time when national opinion is clearly shifting towards acceptance of cannabis legalization. What a stand for sensibility, personal liberty, and a further repudiation of the occupation-style policing now falling out of vogue in this fine city.

But there's a wrinkle here. And it's those very kids whom Thompson states he is trying to protect, because rhetoric aside, his proposed policy will do nothing to halt the arrest and prosecution of Brooklyn's youth for marijuana possession.

In New York City, juvenile delinquency arrests (those under sixteen—for along with only North Carolina, New York holds that to be the age of criminal adulthood) are prosecuted by the city's own lawyers, the Corporation Counsel's office, rather than the five boroughs' independently elected district attorneys. And unlike D.A. Thompson, the Corporation Counsel, Zachary Carter, has made no similar promise to cease prosecuting kids for possessing small amounts of marijuana.

This is both illogical and troubling. 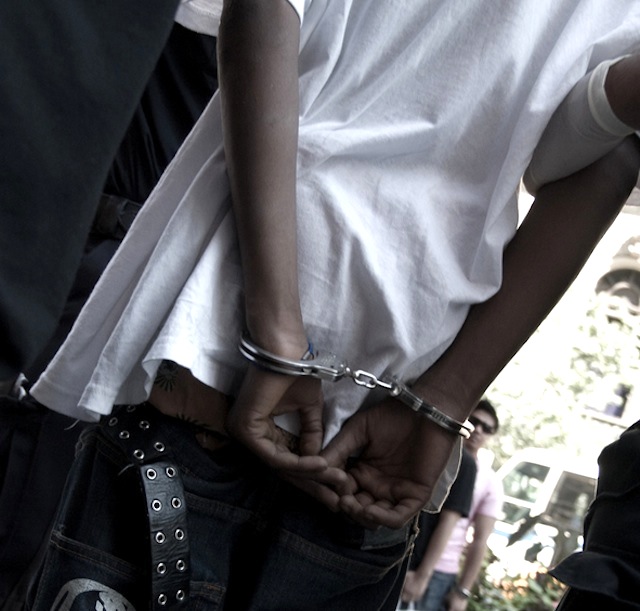 In New York, in descending order of seriousness, a person can be charged with a felony, misdemeanor, or violation. Under state law, juveniles cannot be prosecuted for violations. This means, for example, that the arrest of a teenager for the violation of "disorderly conduct" must be dismissed in court as a nullity. But if that kid's older friend is arrested for the same conduct, the violation stands. This makes sense under the legal system's logic that kids—by the very fact of their immaturity—should face lesser consequences than their elders.

Perversely, with this new non-prosecution policy for adults but no similar change for children, the reverse is now true. A Brooklyn teen stopped with a joint on his sixteenth birthday would be given a violation, ordered to pay a fine, and sent on his way without a criminal record.

But if he's arrested the day before he turns 16, he'd appear before a Family Court judge, and be charged with a misdemeanor as a juvenile. He could receive a juvenile record, which absent a sealing order is accessible in perpetuity to the criminal justice system, and face up to two years of probation, or even spend a year placed away from home in one of any number of questionable city or state facilities.

The city's Probation Department has already made progress in this area, offering what it calls "adjustment" services to juveniles on their first marijuana arrest. But after that, or if the kid already has a juvenile record—no matter how piddling—the arrest is sent to the Corporation Counsel for prosecution.

One of the main reasons that juveniles are separated from adults in the justice system is that children are different. They're thought to be more malleable, more amenable to change. The juvenile justice system in New York specifically codifies its goals as rehabilitative, not retributive or punitive.

So why here, in the marijuana arrest capital of the world, do we now have a situation where children are facing far more severe consequences for possessing weed than adults? Is the city—under our progressive mayor, who is on record favoring marijuana decriminalization—going to align its juvenile prosecution policies with those of the D.A. in our most populous borough?

With the stroke of a pen, Mayor De Blasio can order his lawyers to no longer prosecute juveniles for low-level marijuana arrests, and instead direct that, where necessary, they be offered treatment services, regardless of past history.

For the past five years I have served as a defense attorney for hundreds of children in the New York City Family Courts. The crimes for which my clients are arrested and charged range from the most deadly serious to the comically absurd, but simple marijuana possession cases are perhaps the most frustrating.

The sheer cost in court time, taxpayer dollars, missed work for parents and the like is staggering. It's an axiom amongst my colleagues that an arrest arising out of a seized ten dollar baggie of weed results in probably ten thousand dollars worth of court expenditures, and considerably more if the kid is jailed in the interim. In terms of the system's hypocrisy, as pointed out by plenty of my clients, certainly none of the defense lawyers, prosecutors, or judges ever smoked marijuana in their teenage years.

Mayor De Blasio has the power to halt these prosecutions, and cease causing juveniles to be treated more severely than adults.

This can and should happen. It's progressive. It's of the national moment. It's in line with the mayor's own stated position in favor of decriminalization.

Brian Baum is a staff attorney with The Legal Aid Society's Juvenile Rights Practice, and a fourth generation Brooklynite, where he resides with his wife and daughter.

#brooklyn da
#ken thompson
#law department
#marijuana
#marijuana decriminalization
#war on drugs
#original
Do you know the scoop? Comment below or Send us a Tip