Sorry, Chicago: Brooklyn Will Soon Be The Third Largest City In America

For years, Brooklynites have boasted that if their homeland seceded from the rest of New York City, it would be the fourth largest city in the United States. Now, the borough is poised to leapfrog Chicago, the current holder of third place, by 2020. Watch your back, L.A.

According to estimates from the U.S. Census Bureau, Brooklyn’s population has grown by 5.3 percent percent since 2010, an increase of more than 130,000 residents. This growth fits with a larger pattern for New York City. The Census Bureau estimated New York's 2015 population at just under 8.6 million, up from from 8.2 million in 2010.

While growth may seem a rule of nature in today's New York, it wasn't always. After flirting with 7.9 million in the early post-war decades, the city's population cratered, dropping to 7 million by 1980. It took 20 years of growth for New York to erase the decline.

Brooklyn was particularly hard hit. It reached its peak population of 2.74 million in 1950, then lost half a million people over the ensuing three decades. Today, with an estimated current current population of 2.6 million, Brooklyn hasn't quite reached its previous population high. But that is about to change. If the Census Bureau’s estimates are correct, by the end of this decade, Brooklyn's population will exceed 2.75 million.

Only a hypothetical four-borough New York and Los Angeles will be larger.

Chicago, currently home to about 2.72 million, grew less than one percent between 2010 and 2015, and is on pace to fall to fourth.

This will be the first time Brooklyn has exceeded Chicago in population since 1890, when the City of the Big Shoulders passed Brooklyn (then still one of five independent incorporated municipalities in Kings County) and Philadelphia to claim America's "Second City" title. The name has stuck even though Chicago fell behind L.A. in 1970. 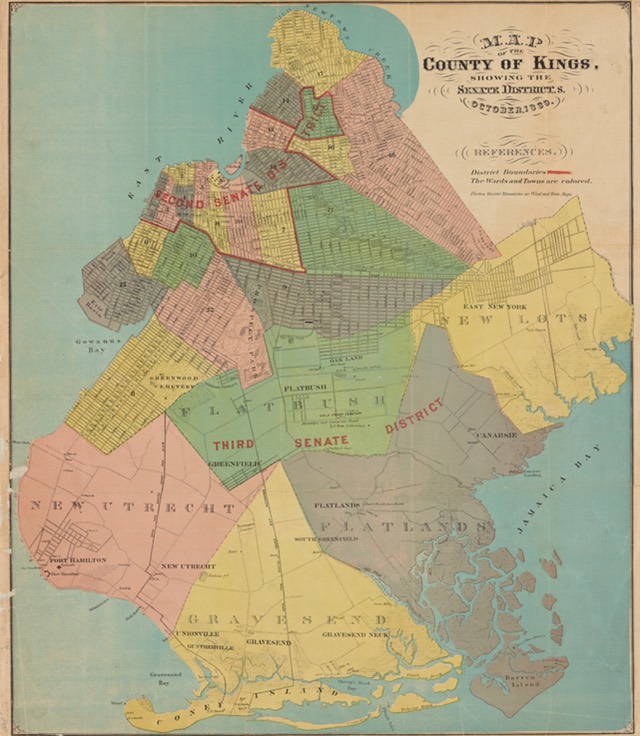 Brooklyn has held the Third City spot twice before: From 1860-1880, when Philly was No. 2 and New York, which comprised Manhattan and parts of today's Bronx, was No. 1; and again (unofficially) from 1910, when it overtook Philadelphia, until 1970, when the population of Los Angeles surpassed Brooklyn's for the first time. (LA steals everything!)

According to my calculations, Brooklyn is on pace to eventually catch L.A. However, this will take 300 years.

Queens and Staten Island have already hit their record highs. Other than a dip in the '70s, New York's second largest borough has been growing steadily for decades. It now boasts a population of 2.3 million. If Brooklyn is currently America’s Fourth City, Queens is right behind it in fifth.

Staten Island never stopped growing, but then again, it never had much to grow from. Its population is increasing at a glacial pace—up just 1.2 percent since 2010— and it remains dead last among the boroughs, with fewer than 500,000 people.

The odd man out? Manhattan, which at 1.6 million people isn't even close to reaching its previous record high. One hundred years ago, more than 2.3 million people called Manhattan home. (The Lower East Side was then thought to be the most densely populated place on earth, with 500,000 people occupying an area that now holds 165,000).

Meanwhile, Brooklyn is bound for glory. Well, for a few years. The nightmarish urban sprawl that is Houston continues to spread like a virus: It is on pace to knock Brooklyn back into fourth by 2035.

Andrew Berman is a lifelong New Yorker, raised in the Bronx, currently living in Hell’s Kitchen. He is executive director of the Greenwich Village Historical Preservation Society.

#brooklyn
#chicago
#demographics
#new york city
#original
Do you know the scoop? Comment below or Send us a Tip