Among the rarest names chosen for girls (as few as 10) were Armani and Clementine, and the most uncommon boy names included Jeter, Milan, Drake, and Keon. The Health Department attributes Jayden's popularity in part to Will Smith's son, and says celebrities inspired other names such as Angelina (#22), Keira (#105), Mariah (#88), Rihanna (#100), model Giselle (#106) and Orlando (#162)—that last one being pretty much the equivalent of naming your son Sue. Below, a chart breaking down the most popular NYC names by race. 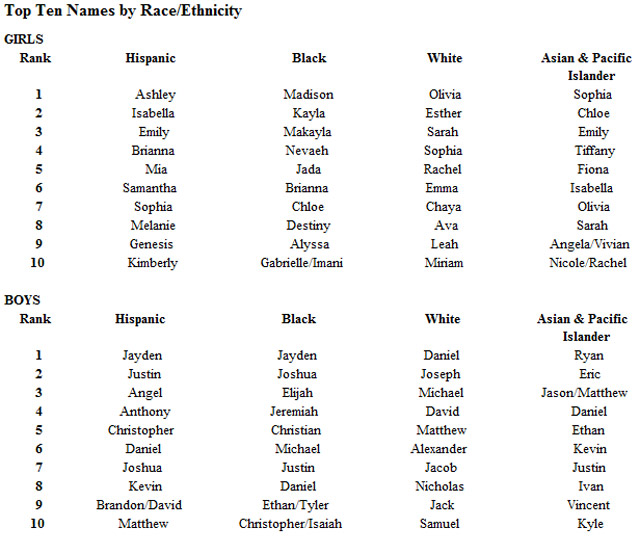 #baby names
#daniel
#isabella
#jayden
#nyc
#popular
#sophia
Do you know the scoop? Comment below or Send us a Tip