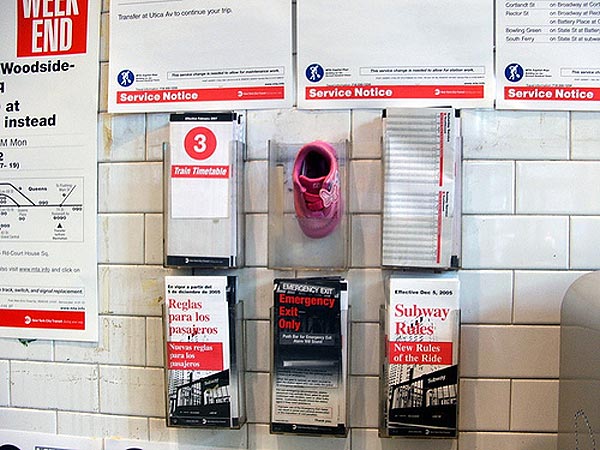 The MTA's board will be voting on the so-called Doomsday budget this morning. Since the MTA faces billion-dollar deficits with no help in sight (aside from the State approving the Ravitch Commission recommendations), the board is expected to pass the plan that includes big fare hikes and drastic service cuts.

CityRoom is at MTA headquarters and describes how many people denounced the budget, noting the steep fare increases for Access-A-Ride (which serves the disabled and elderly) and the inconveniences of service cuts. And some were very angry:

As one man spoke out against the budget plan, he asked, “Where’s Elliot Sander?” He bent over to take off his shoe — apparently in an effort to take off the shoe and, presumably, throw it at Mr. Sander, chief executive of the authority.

“You made $300,000 last year!” he shouted before the police officers surrounded him. They led him away at handcuffs.

The actual fare hikes and service cuts wouldn't be finalized until next year.