Some Cabbies Suspicious of Flower Power 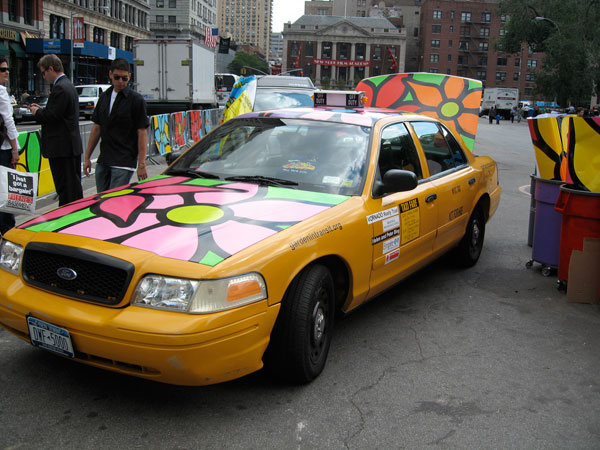 We explained that many NYC taxi cabs are covered with flowery decals as part of Garden in Transit, a mobile public art project to celebrate the taxicab's 100th anniversary. The program is voluntary amongst taxi cab drivers, which is why not all cabs are decorated.

Now it turns out that some of reluctance to go floral is because cab drivers think the designs are affiliated with the Taxi and Limousine Commission. The Post reports that some drivers have declined the kid-painted decals while battling the TLC over GPS and credit card payment systems; one said, "These flowers are being done by the TLC, and right now, I will not support anything the TLC does."

A portion of the city's 33,000 taxi drivers are unhappy with the new technology that the TLC is requiring; in fact, another strike is planned for October 22. We asked a taxi driver with one of the new systems what he thought and he said the technology sucked: Not only do the new meter create a lot of heat, when he shuts it down (because it's so hot), it takes a while to boot up again and he loses precious time where he could be looking for fares.