So What The Hell Happened With The Subways 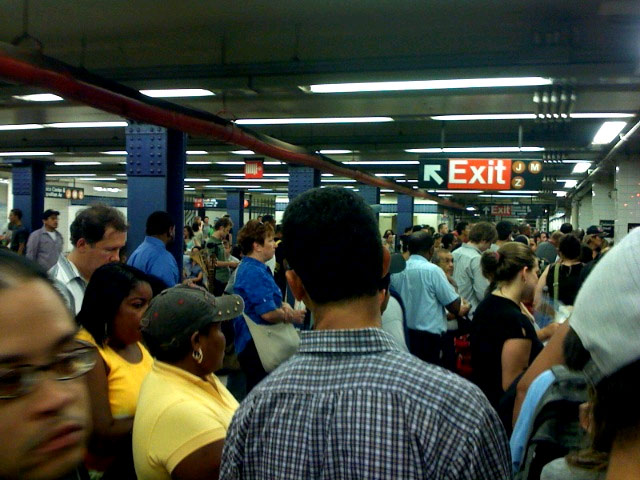 Photographs of frustrated subway riders by md76 on Flickr

While this morning's commute seems better, most mass transit riders are still confused, frustrated and even betrayed by the subway system and other rail service coming to a stand still during the Wednesday morning rush hour. The MTA admitted that the service was not acceptable on many accounts, from the flooding to the fact that the MTA's website was overwhelmed. Then there's also the fact that the MTA was urging people not to take the subways and opt for a bus instead, only for buses to be (A) few and far between and (B) crowded as anything.

MTA CEO Lee Sander said, "We really are sorry about the inconvenience that New Yorkers had to deal with. In terms of how it happened, we had three inches of rain in an hour. The system is designed to handle 1.5 inches." The MTA put some fault on the city's 19th century sewage system. The sewage system can "double as a storm drain" and "handle steady rain," but the DEP says that "intense, high inch-count rain events, over a short period of time" can challenge the system. (The DEP says it's spending $300 million a year to upgrade its systems and build a better drainage system.) Governor Spitzer ordered a review of the MTA's drainage systems within 30 days, but we bet we can already predict the results - the drainage systems are screwed and the only way to fix them is millions of dollars the MTA doesn't necessarily have (hello, fare hike!). 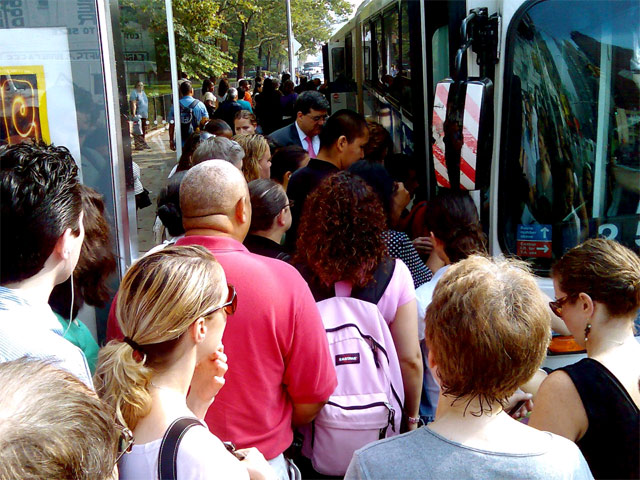 Yesterday's storm, and ensuing subway mess, echoed what happened when Hurricane Frances visited on September 8, 2004. Rain paralyzed the subway system, and people attempted to get onto buses or share taxis during the deluge. What's really helpful is knowing that the MTA refused to take blame for that incident. The MTA even suggested that free newspapers clogged up drains.

Here's a description of why heavy rains totally mess up the city's subways from the NY Times:

Paul Fleuranges, a spokesman for New York City Transit, said that the subway tunnels were prone to flooding during heavy rains in the same way as the basements of many homes. Even without rain, groundwater routinely gets into a subway system and on a typical day with no rain, 13 million gallons of water are pumped out of the subway.

During very heavy rains, Mr. Fleuranges said, additional water pours into the system through grates in the sidewalk and through the subway entrances. Water then collects in the tunnels, and once the water reaches the rails, the trains cannot run.

And if water reaches the third rail, which is 10 inches above the track bed, power must be shut off.

Okay. So why don't other subways of the world and of the U.S. flood? Well, some explanations/excuses are that much of NYC is built under sea level, that it's surrounded by water, and many stations are close to the surface. 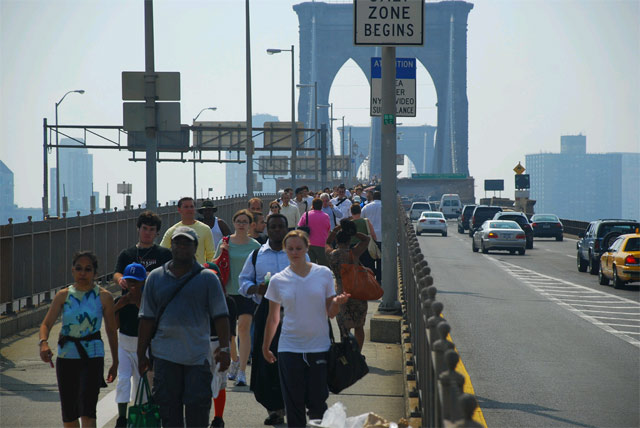 What did the mayor, a sometime-subway rider, think? The Sun had this Mayor Mike quote, from his Bay Ridge tornado press conference, "I don't know that God has rush hour in mind when storms hit."

MTA CEO Sander also said that the National Weather Service did not predict the level of rain that came and suggested that MTA build its own weather center, "I take the system basically daily and so I certainly appreciate it. The fact is we have a 100-year-old system, and that is a constraint. We may be dealing with meteorological conditions that are unprecedented. It certainly looks that way in the last seven months." Some recent rain-to-subway flooding incidents occurred on June 28 and July 18.

The funny thing is that the mess occurred the day after City Comptroller Bill Thompson issued a report saying that the city and state have been shortchanging the MTA out of money for over a decade. He said that there was $728 million in revenue from a number a sources, which would help defray the billion dollar deficit the MTA is facing. Yesterday, Thompson issued a press release pointing out that the MTA has been delaying repairs to infrastructure for too long, "Time and again, the riding public has been inconvenienced because the State has not appropriately invested in New York City Transit’s infrastructure." We can only hope that given other incidents, it's time to inject infrastructure into every single conversation an official has.