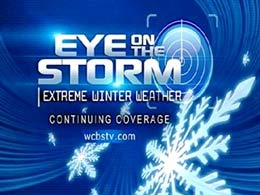 The way the local news was hyping today's storm (especially with their nifty, paranoid graphics!), we expected to see a few inches of snow by the time we woke up. But, no, the snow is expected to come around later this morning (the snow and sleet will make a NYC appearance around 11AM or 1PM, according to WABC). Even so, there are many school closings in the suburbs as local government and anyone else out on the road brace themselves for between 4 to 10 inches of accumulation. Manhattan will actually get more like 2 to 4 inches of snow.

The city's alternate side of the street parking rules are suspended for today, and salt trucks are at the ready. Department of Sanitation Commissioner John Doherty told WNBC the snow would be cleared by the evening rush hour, but "it's probably going to be a little bit slow."