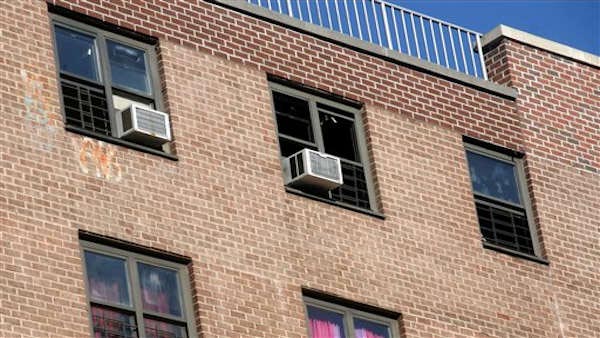 Fire officials say that the smoke detector in a 6th floor Chelsea apartment that claimed five lives yesterday morning had been unplugged. The Daily News reports that the "smoke detector did not go off. The battery had been removed and the wires disconnected." 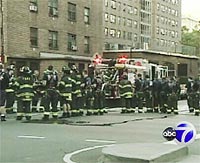 A family of six had been living in the apartment: Parents with three daughters--ages 8, 3, and 15 months--and a 10-year-old son. The parents and daughters all died, as they tried to escape the fire, which started in the kitchen. According to the NY Post, mother Delkis Balbuena was found "lying in a bathtub full of water, her 8-year-old daughter, Nanny, lying beneath her" with 3-year-old Bet-El under the bathroom sink in the bathroom, while father Maschay Valdez was "slumped at the base of the kids' bunk beds next to a window. Beside him lay 15-month-old Ruth and the lone survivor, Jonzan, 10, who was barely hanging on."

The Post has a diagram of the apartment--the kitchen was next to the front door, making escape difficult. Deputy Fire Chief James Daly said they "definitely [were] trying to make their way out, but the only door was blocked by fire." A neighbor told the NY Times, “I started banging on the apartment door, 6A. I didn’t hear no noise from inside. The smoke was coming around the door, and black soot was coming out from beneath the door.” Firefighters described the smoke as being thick and acrid, like "black ink." And one witness who saw the FDNY taking bodies out, “The last fireman after the last body came out, he went on his knees and prayed.”

The apartment is located in the Robert Fulton Houses, a NYC Housing Authority complex that is fireproof so the fire did not travel to other units. The smoke detector was inspected and found in working order in April but Daly said it "was not operational, so obviously that played a big part... Every second counts in a fire.” And Jonzan Valdez is currently in a hyperbaric chamber at Jacobi Medical Center, clinging to life.

#Chelsea
#fatal fire
#fire
#smoke detector
Do you know the scoop? Comment below or Send us a Tip