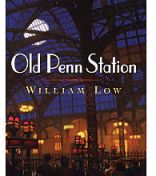 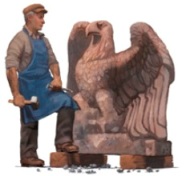 NY state officials are expected to release the draft scope for the Moynihan Station's environmental impact statement today, which the NY Sun calls the "Spitzer administration's first public display of forward progress" on the project.

The redevelopment of Penn Station into a Moynihan Station at the James Farley Post Office building on Eighth Avenue has been in the works for years. In fact, it was October 8 five years ago that the state officially acquired the majestic post office building for the project. And last October, Assembly Speaker Sheldon Silver famously blocked starting the project - a going-away gift to departing governor George Pataki.

With the clock continuing to tick, amidst rumors of skyscrapers and other development plans (such as moving Madison Square Garden to the Farley building), the Municipal Arts Society has created a website, The New Penn Station, to champion that the new station must be "an inspiring work of contemporary civic architecture." Right now, the state has been working on putting 4.5 million square feet of development in the surrounding area, which the Regional Plan Association approves of, telling the Sun, "We're pleased that they're looking for ways to spread the development density around the district."

William Low wrote a children's book, The Old Penn Station, with illustrations of what the old station looked like. And we explored the plight of Penn Station eagles last month.