News flash, funsters: The days of moving to Brooklyn so you could save enough money to splurge on a root canal are over. Soaring rents in luxury buildings are driving up the market in trendy neighborhoods throughout the borough, and according to a new report [pdf] by Douglas Elliman, the average rental price in yupster Brooklyn increased 8.2% this July over last July. And the median rent was up 5.2% from the same time last summer. 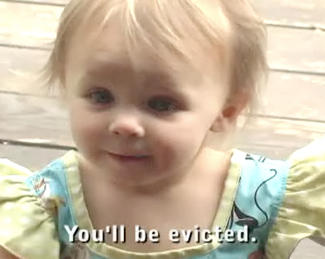 The report, which tracks the most desirable parts of Brooklyn, including Williamsburg, Greenpoint, Brooklyn Heights, and Cobble Hill, found that the median rental price in Brooklyn rose to $2,675 this July, up from $2,546 in July 2012. The average rental price this July was $3,035, up from $2,806 at the same time last year. And the average number of times you tell your mom life in New York is going "great" before breaking down in tears dropped to three.

This sentence deserves its own paragraph: The median rent for a studio apartment in Brooklyn was $2,000 in July (but that includes water bugs, bed bugs, and rats in the toilet bowl).

Rents in Manhattan, while still obscene, rose less dramatically, with the average rental price rising to $3,822 in July, up 1.7% from $3,759 in July 2012. While still more expensive than Brooklyn on average, the gap is closing. In fact, the gap “is one of the closest we’ve seen since we’ve been tracking this,” Mark Menendez, Douglas Elliman director of rentals, Manhattan, told the Daily News. And it's tearing poor Lena Dunham apart.

Another broker says Crown Heights and Prospect Heights are "super-hot" right now, and with the birth of hip new Brooklyn neighborhoods like Bedwick and Detroit, it's only a matter of time before Brooklyn's even more exclusive than Manhattan. Sucks there aren't any other boroughs in NYC you can move to!

#rent
#rent is high
Do you know the scoop? Comment below or Send us a Tip
A new Gothamist is coming! We’ve moved comments over to our beta site. Click here to join the conversation and get a preview of our new website.