SI Mall's New Way to Show Who's Been Naughty 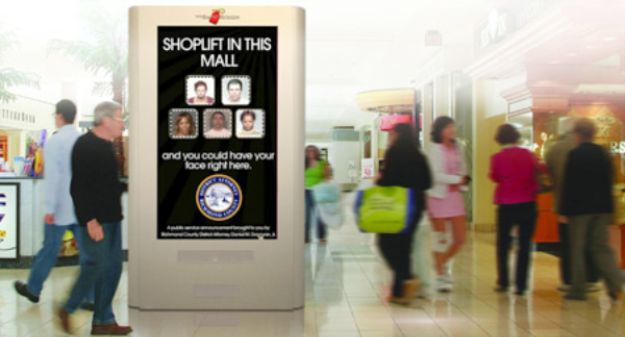 If the the tanking economy or decline in Santas and Christmas trees isn't enough to take the yuletide spirit out of your holiday shopping this year, a mall in Staten Island has found a new way to spruce itself up for the season: putting up mug shots of shoplifters. The Staten Island Mall is giving everyone a look at thieves who were caught stealing there by placing the crooks' photographs up on advertising boards throughout it. DA Daniel Donovan has developed a program that digitally mixes the images of shoplifters in with ads for shops within the mall.

The program has begun with five criminals who have already been convicted, but Donovan plans to mix in any thieves caught stealing during the holiday season. He told the News, "We can put more people up, take more people down. If you shoplift in this mall, your picture may end up here, too."

The worsening state of the economy has only drawn more attention to a problem that is on the rise: 185 theft arrests have been made at the mall this year, compared with 115 all of last year-- and nationwide top retailers report that shoplifting is up nearly 10%). The ads will pop up on 11 boards throughout the New Springville shopping center 2 million times throughout the season.