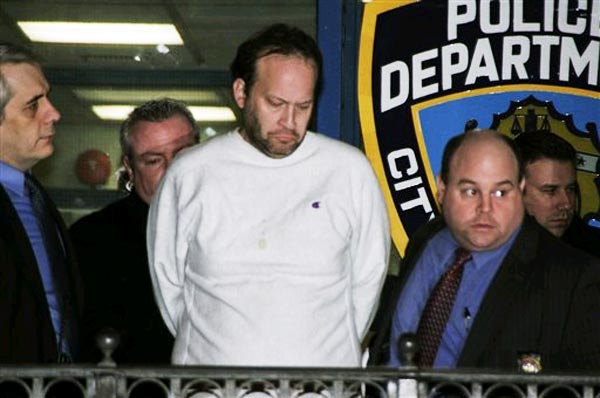 The police arrested a Queens resident for the murder of a therapist on the Upper East Side. David Tarloff, 39, apparently made "statement implicating himself" in the brutal death of Dr. Kathryn Faughey as well as the attack on Dr. Kent Shinbach, who Tarloff claimed institutionalized him in 1991. Tarloff, who is schizophrenic, has a history of violent crime.

Faughy was "slashed 15 times with a meat cleaver" in her office on Tuesday night. Shinbach heard her cries and tried to intervene, only to be slashed by the attacker as well. A female patient confronted the killer in the waiting room, defending herself and locking him out of the office. Shinbach, the patient, as well another female patient, identified Tarloff in a police line-up.

The attacker had also left some luggage, which included women's clothing, adult diapers, and many other knives, were left in the building. Handprints found on and inside the luggage (on some of the objects) matched Tarloff's. He appears to match the description of the killer as well as the grainy surveillance tape - a heavy set balding man. 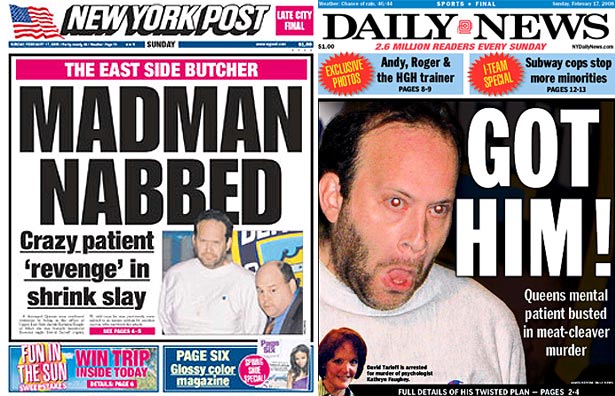 According to the Daily News, Tarloff wanted revenge on Shinbach for committing him and to rob him so he could "finance a mother-son Hawaii getaway with the psychiatrist's money." Tarloff's neighbors say since his mother was put in a nursing home a few years ago, he was never the same ("He always wanted her to come home."). The News writes Tarloff wanted to "kidnap his 73-year-old mother, Beatrice, from a nursing home after the robbery and then disappear with her at his side, police said," even packing her a suitcase with clothing and adult diapers.

But employees at the nursing home says his mother had an order of protection against him and that they refused his calls because he would just call to curse his mother. And just two weeks ago, Tarloff was arrested at St. John's Episcopal Hospital, where he was trying to visit his mother. A security officer told the Times Tarloff was "touching a critical-care patient, in violation of prearranged visitation conditions." After yelling, cursing and approaching "the nursing station in a threatening manner," Tarloff attacked the officer.

Tarloff had been in Faughey's office for 19 minutes before attacking her; it's unclear what they discussed. The police are continuing to investigate the crime, including whether Tarloff was a patient of Shinbach's. Police Commissioner Ray Kelly said, "I hope this arrest provides some measure of solace at this terrible time for her husband and the rest of her family."

And Faughey's husband Walter Adam, who attended his wife's funeral earlier in the day, told reporters he was "glad he's caught, and he can't commit anymore heinous crimes." Adam also added that his wife "believed in forgiveness. She's into forgiveness and not into revenge."