Shrink Killer Not Getting Meds on Rikers? 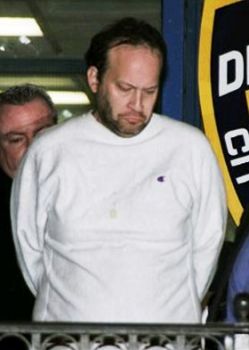 David Tarloff, who is accused of slaying an Upper East Side therapist with a meat cleaver, is apparently getting some bad treatment himself on Rikers Island. Reportedly he isn't receiving his medication properly, or at all.

Tarloff was arrested on February 16th, and moved from Bellevue Hospital Center to Rikers (under protective custody) on March 14th. Now his (new) court-appointed attorney, Bryan Konoski, has said, "we're extremely unhappy with the way the hospital suddenly released David Tarloff into the custody of Rikers Island, and we're currently investigating whether or not we have any recourse. It is my understanding that he hasn't been given his proper medicine and, at times, has not been given medication at all."

Konoski also notes that Tarloff, who was found fit to stand trial, was getting better while at Bellevue. The city Department of Health has yet to speak out, and Bellevue cited privacy laws when asked for a comment.

Photo via The AP.