Should Summer Streets Be Permanent? 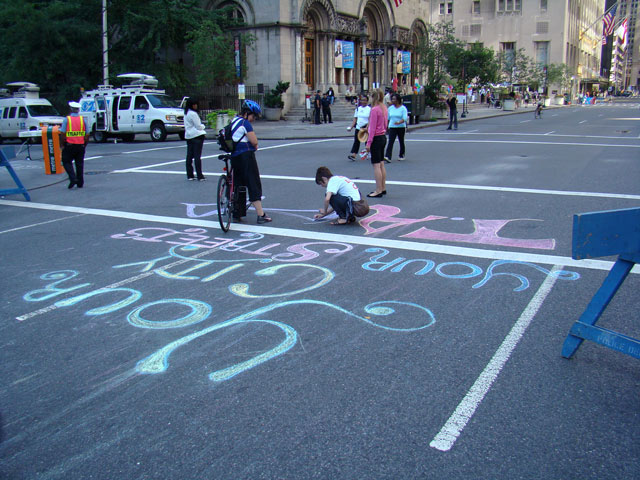 The third and final day of Summer Streets was Saturday, and DOT Commissioner Janette Sadik-Khan tells the Times, “I’ve heard nothing but rave reviews. When I was along the route, most people I talked to wanted it done every weekend in the summer.” But as previously noted, some retailers complained about losing business during the five hours that streets were closed to motor vehicles – particularly "destination" shops like T. Anthony Ltd., a luxury luggage store on Park Avenue. Owner Jack Weiss theorizes that, “If someone is coming to buy luggage, they’re generally going to bring a car.”

Other establishments like bakeries, food vendors and restaurants reportedly enjoyed increased profits. Sadik-Kahn said that part of the reason August was chosen was because business was generally slower for luxury retailers whose customers often travel in the summer. The DOT will now evaluate the experiment and conduct a survey of retailers along the route before deciding whether to bring Summer Streets back next year.