Short Ride to a Bad Time with Astroland Set to Close 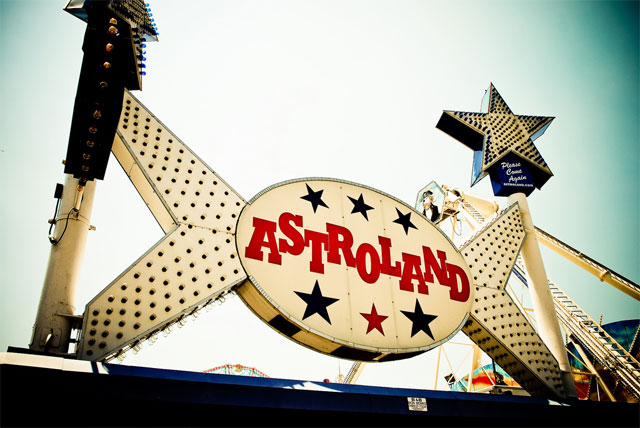 Astroland, the Coney Island amusement park that seems constantly on the brink of extinction in recent years, appears to be shutting down Astro-fast and will close down for good this Thursday. Owner Carol Albert, in a letter published by today's NY Daily News, wrote that property owner Thor Management "has left Astroland no choice but to notify its employees that the amusement park will be closing permanently at the end of the season."

Albert was looking for a two-year extension on the Astroland lease in order to provide stability to her staff. But Thor is not blinking and has only offered another one-year lease, saying that now Astroland will be replaced next summer by new "amusements, games, shopping and entertainment galore." With the mayor's proposed rezoning plan for Coney Island at least a year away, many were hoping Astroland would close the gap with a final summer in 2009.

When an eleventh-hour deal was struck last fall to avoid Astroland closing then, it was suggested that this would be its final summer open. The current lease runs until January, but Albert has decided to close early rather than remaining in limbo. Thor was not pleased with this saying, "We are extremely disappointed that Carol Albert has decided to give up on the future of Coney Island."