A Manhattan lawyer was shocked and offended after she purchased underwear at Loehmann's that was rung up as a racist term. The 38-year-old lawyer, who asked that her name not be used, was shopping at Loehmann's on Seventh Avenue and 16th Street this past weekend when she noticed a pair of underwear by the brand "Honeydew" appeared on her receipt as "Jungle Bunny Boyshort." 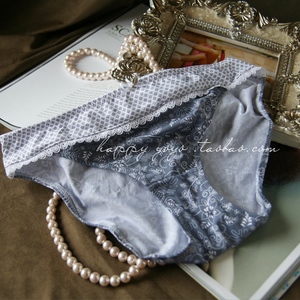 "I found it shockingly offensive, but was even more offended when I noticed that the tag which was attached to the item identified it as 'Jungle Honey,'" she told us. "Therefore, when Loehmann's was entering this particular SKU into their computer system someone must have specifically changed the name." In case you're not familiar with the phrase, it is an incredibly racist term for black people.

The woman told us she has never noticed anything like this before at the store: "When I was checking out I was watching the register display and when I saw the words come up I was shocked and thought I must have seen it wrong—but when I got home, the receipt said the same thing—and when I reviewed it against the item's manufacturer ticket it reflected it was Loehmann's mistake, not something the manufacturer had put on its tag."

Loehmann's, a 92-year-old discount clothing chain that survived the Great Depression and the Great Recession, filed for bankruptcy protection for a third time this week, and does not appear to be long for this world. Nevertheless, the lawyer says she plans on contacting Loehmann's corporate office: "I doubt they realize this issue and there were still lots of these items on the shelf at that location so the same thing could happen to someone else if it isn't corrected."

We contacted Loehmann's to ask about the incident, but the corporate office has not immediately respond to a request for comment.