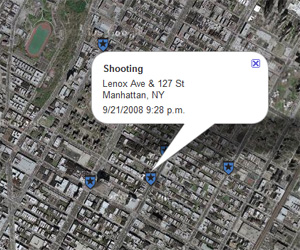 The NYPD has provided some details about yesterday's bullet-riddled night in Harlem, which left five individuals recovering from gunshot wounds in four separate incidents that occurred throughout the night.

The NYPD spokesperson says no arrests were made and an investigation is ongoing. The shootings occurred on the same night that a Pennsylvania man was fatally shot in the face while sitting in his car with his girlfriend at Columbus Avenue and West 91st Street.