Shooting Victim's Family: "We Should Have Left NY" 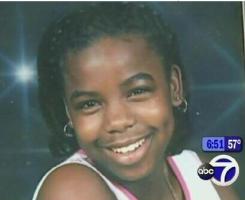 The family of the 15-year-old girl who was fatally shot in front of a Queens housing project says they had moved out of the project to escape the violence. Brandon Bethea was killed late Saturday night when she was visiting friends at the Redfern Houses; she had been dancing with friends in a courtyard.

Police say Bethea was an innocent bystander when the gunfire rang out, and her brother thinks it was a gang turf war, telling the Daily News, "They've been going at it for years." Her stepfather Robert Drakeford said they moved to Jamaica because Brandon's friend was killed by a stray bullet, "I guess we should have moved further. We should have left New York altogether.”

#brandon bethea
#gun play
#gun violence
#innocent bystander
#queens
#shooting
#violence
Do you know the scoop? Comment below or Send us a Tip