According to the NY Times, the other accusation was "settled earlier this year at least in part with public funds, a confidentiality agreement and a mandatory sexual harassment workshop. The workshop was held on Thursday in Mr. Lopez’s district office, but it was not clear whether he attended." Also, Gloria Allred was the lawyer for the accuser(s), but she didn't have comment. 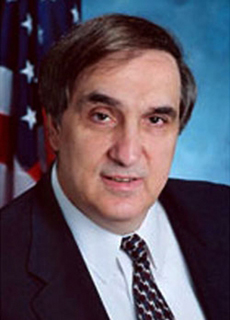 In the cases where he was censured, Lopez, 71, is accused of making unwanted comments about the staffer's appearance, bodies, clothing and personal lives. Additionally, as Silver's censure letter read, "There were multiple incidents of unwelcome physical conduct toward one complainant, wherein you put your hand on her leg, she removed your hand, and you then put your hand between her upper thighs, putting your hand as far up between her legs as you could go."

The Daily News reports, "One lawmaker told the Daily News on Friday that a woman had previously accused Lopez of harassing her. Assembly leaders told Lopez to keep her on the payroll even though she didn’t have to show up for work, the lawmaker said. It was unclear if that was the case in the new report."

Governor Andrew Cuomo called for Lopez's resignation, if the allegations are true—his spokesman said, "Sexual harassment at the workplace cannot be tolerated in any shape or form. hese are serious allegations and if true, the Governor believes he should resign."

Overall, the whole situation has raised questions about the Democratic-led Assembly's culture: The Times points out, "In 2003, a top aide to Mr. Silver, J. Michael Boxley, was accused of rape and later pleaded guilty to sexual misconduct. Two years earlier, an Assembly employee had brought a complaint of sexual assault against Mr. Boxley to the Assembly leadership, but the investigation was closed without action. Since then, sexual misconduct has been a recurring theme. In 2006, 2007 and 2008, different Assembly members were embroiled in scandals with current or former interns."

One constituent said, "He did a lot of good things. “But if he did something like that, then to me, in my book, he’s a pervert and he should resign because a man of that caliber should have a little more sense to know. He should have the brains not to do that."