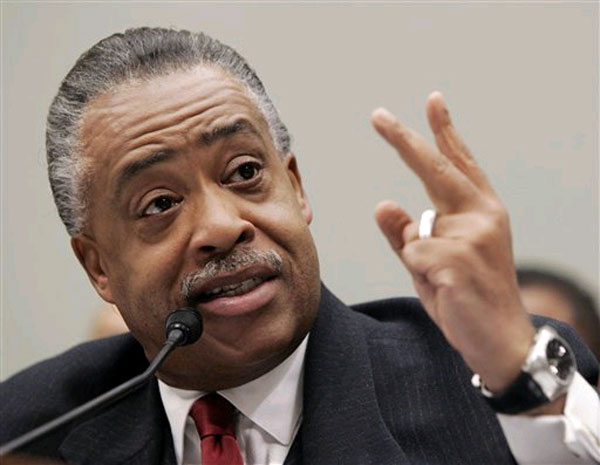 The Reverend Al Sharpton, speaking out against the beating a black man in Staten Island, announced that he will organize a protest march in the next few weeks. He said, "New York is becoming worse than Louisiana. We're going to Staten Island, Jena, Washington - and we're going to bring out numbers like you've never seen before."

On Tuesday, Skylar McCormack, who is black and had been with some white friends, was attacked by a group of white men after leaning against one of the men's Cadillac in Mariners Harbor. McCormack's jaw was broken and two of the mean, including the car's owner, were arrested and initially charged with hate crimes, but on Friday, the Staten Island DA's office dropped the hate crime charges (which would have brought stiffer sentencing penalties), citing a lack of evidence.

Sharpton disagreed with that decision, telling reporters at a press conference, "[McCormack's attackers] used the n-word over and over again. If using [that word] and only beating the black out of three people isn't a hate crime, then what is a hate crime? Do you have to write [that word] and get a notary public to sign it?" SI DA Daniel Donovan's office released a statement: "While Rev. Sharpton is entitled to his opinion, we make prosecutorial decisions based on the facts and on the law, not on rhetoric." (Donovan happens to be running for re-election, in what the Staten Island Advance called a "quiet" but "sharply fought" race.)

There have been a number of distressing hate crimes around the city in recent weeks: A number of swastikas in Brooklyn Heights, a noose outside a Columbia professor's door, another hate crime at Columbia (this one targeted at Jews), a noose found outside a post office near Ground Zero, a hate message during a football game. More information about Sharpton's effort can be found at the National Action Network.