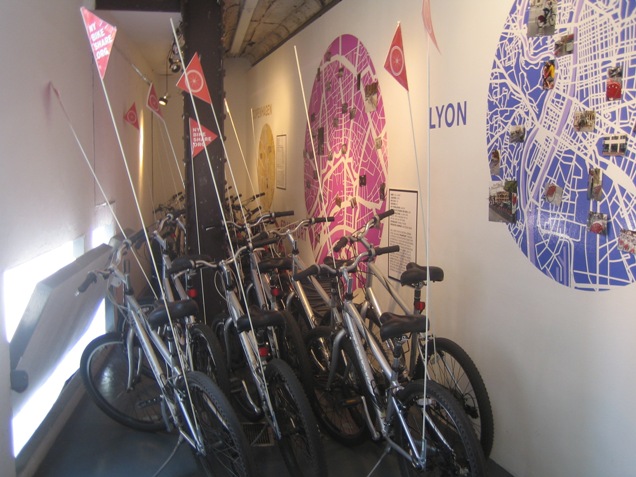 There are plenty of cities out there that provide bike share programs, and this week has been New York's chance to try one out. NYC Bike Share has provided bikes (courtesy of Metro Bicycles) from 10am to 6pm each day for the past three days. The bikes can be picked up at the The Storefront for Art and Architecture (97 Kenmare Street) and can be dropped back off there, or at another location which has been changing daily. In order to get a bike, one must provide their credit-card information, sign an injury waver and wear helmets.

The project runs through tomorrow and gives anyone free use of the bikes, which can be used for up to 30 minutes (probably not long enough if you're following Owen Wilson's NYC biking itinerary). So far about 25 riders a day have given the bikes a spin (we checked out the storefront earlier today and there were plenty of them available). 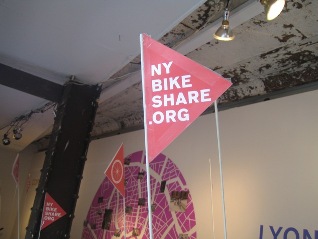 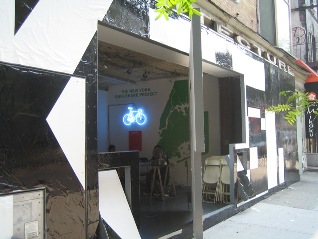 The project is sponsored by the Forum for Urban Design, a membership group of architects, designers and planners who hope to establish a long-term bike share program in the city. David Haskell, executive director of the group, told The Villager recently that this is “the way it is in most European cities. You get the bike for free for the first half an hour and then the price, which is still really cheap, rises as the trip gets longer. It is to prioritize short trips. We wanted to start from that model and see how New Yorkers would react to it.”

In Austin there's a Yellow Bike project that's been going on for about ten years, where free bikes can be found around the city - they aren't locked up, and you use them and leave them when you are done. Something like this would never work in New York, but the program that is currently going on here seems like it could. The Experiment is only one part of the three-part project which has been delving in to what exactly would work for us.

Also taking place is The Exhibition ("a review of eight successful bike-share programs in European cities will be on view at Storefront"), and ongoing this week is The Charette, "the Forum For Urban Design will facilitate a public imagining of a future bike-share program in New York." Design and transportation experts will make a public presentation tonight at 6pm, and the final results will be published on nybikeshare.org and presented to the public tomorrow at 6pm.