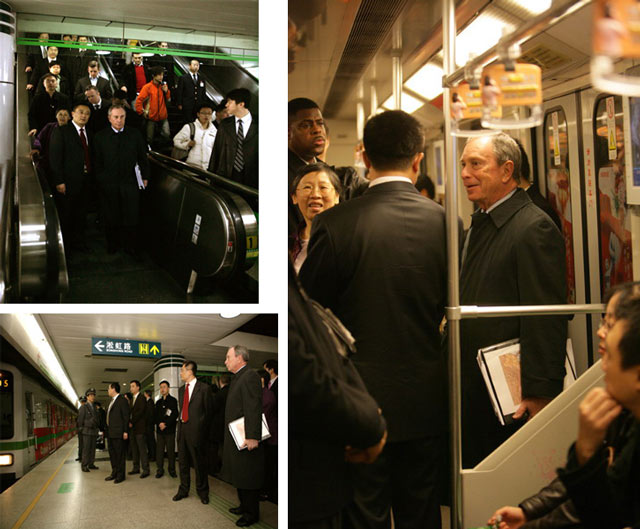 Mayor Bloomberg continued his whirlwind tour through Asia yesterday with a stop in Bali, Indonesia to talk to United Nations officials about the global effects of climate change. This is after a foray to China, that brought to mind Ed Koch's Beijing inspiration for bike paths in NYC to The New York Times' Clyde Haberman. Like NYC, Bali was the victim of a devastating terrorist attack that killed and injured hundreds of people.

True to form, Mayor Mike did not shy from taking the subway while in China. While fare hikes are in the offing for NYC, one can still take a ride on the Shanghai system for $1.20. Bloomberg took the 2 subway from People's Square Station to Jiansu Road Station in Shanghai on Wednesday. We assume he was driven to the station, as he is in NYC.

Bali was the last stop on the Bloomberg's tour, where he reiterated that it was up to municipal governments, which are closest to their constituents, to take the lead on fighting global warming. The Mayor feels that densley populated cities are the best place to combat greenhouse emissions. His PlaNYC involves multiple strategies for reducing New Yorkers' carbon footprints by 2030.