Sexually Assaulted In A NYC Jail? Don't Hold Your Breath For A Timely Investigation

More than a year after he reported being sexually assaulted by a correction officer at the Brooklyn House of Detention, Jonas Caballero still has no answers.

On March 6th, 2018, Cabellero said he was going to the jail’s barber shop for a haircut when the officer escorting him instructed Cabellero to put his hands against the wall for a pat frisk, a standard practice before people in jail are taken from one area to another. Cabellero had never had a problem with the pat frisks or this particular officer, but this time, he said that the officer grabbed his genitals. Cabellero immediately complained to the nearby captain, who he claims called him a liar. Cabellero decided to return to his housing unit instead of getting a haircut. He says he learned that the same officer groped another man only minutes later.

Cabellero called 311 to report the incident. A few hours later, he was visited by investigators who recorded his statement. They also interviewed the other man who had been groped by the officer.

That evening, Cabellero told a female officer in his housing unit and said that he wanted to report the incident through the jail’s official complaint system. “When I told her what happened, she laughed and said, ‘He probably thought it was contraband,’ pointing toward my crotch with a smile,” he wrote in a letter to his brother. He then tried to complain to another officer, who said that, since Caballero is gay, the incident shouldn’t bother him.

Despite his complaints, the officer was assigned to his unit the next day. Cabellero remained in his cell until the officer left, then called 311 to file another complaint. He also filed at least three grievances over the next several days as well as a lawsuit in federal court.

But 413 days later, despite multiple inquiries, Cabellero has yet to receive a response about the status of the investigation from the Correction Department.

Under the federal Prison Rape Elimination Act [PREA], the DOC must conduct and close sexual abuse investigations within 90 days.

As of April 2019, the Board of Correction, which monitors conditions in the city’s jails, found that only 22 percent (or 114 cases) had been closed and of those, only 31 cases had been closed within the required 90 days. The average length for investigations was 146 days. However, given that the Department closed so few cases in 2018, a more accurate measure of an investigation's average length would be to examine its 2017 numbers: 68 percent of its sexual abuse cases have been closed with an average investigation length of 464 days. The delays were concerning enough that on Tuesday, the Board convened a special hearing about DOC’s compliance with the rules to address and eliminate sexual abuse and sexual harassment.

“My brother has told me he feels sad, frustrated, angry, marginalized and worthless,” Cabellero’s brother Scott Moffat told the Board of Correction yesterday. “Sexual assault is not supposed to be part of his punishment. Not for him, not for any prisoners, including those who are afraid to speak up or give up after filing a first report.”

Cabellero’s was one of 524 sexual abuse complaints filed in NYC’s jails in 2018. Of those, 329 (or 63 percent) alleged that staff were the perpetrators of the sexual abuse.

“All allegations are investigated within 72 hours,” DOC Commissioner Cynthia Brann told the Board on Tuesday. The DOC refers every allegation of sexual abuse to the Department of Investigation (DOI), another city agency. DOI will either send the case back to the DOC to conduct the investigation or will investigate on its own to see if laws were broken and, if need be, refer the case to the Bronx District Attorney’s office for criminal prosecution. But, she added, staffing shortages have caused the Department to fall behind on the paperwork necessary to close cases.

Caballero is not the only one still awaiting closure for an assault that happened over a year ago. In the fall of 2015, “J.G.,” a gay and gender non-conforming man in protective custody, was sexually assaulted 15 times in one month by a single officer. After he reported the abuse, he was beaten and placed in another unit and later, in punitive segregation. In January 2016, the Department of Correction placed the officer on modified duty, in which he has no contact with incarcerated people but continues to be paid his full salary.

In October 2016, the city’s DOI substantiated J.G.’s allegations, finding that the officer engaged in unlawful sexual contact. The Department of Investigation referred the case to the office of Bronx District Attorney Darcel Clark for criminal prosecution; investigators also referred it to the DOC for administrative action against the officer.

As of April 2019, Clark’s office has taken no action against the officer.

Ariel M. Fox and Jessa DeGroote are representing J.G. in his civil suit against the City of New York and three Correction officers. The attorneys met with Clark’s office in 2016 and agreed to stay the civil case while Clark’s office proceeded with prosecution. But, they said, after 16 months, they requested to be able to move forward. (The case has since been settled.)

The DOC statute of limitations is 18 months. The abuse against JG took place in 2015. During the discovery period for JG’s suit, Fox and DeGroote discovered that the DOC filed no disciplinary charges against the officer who, as of last week, remained employed by the Department. 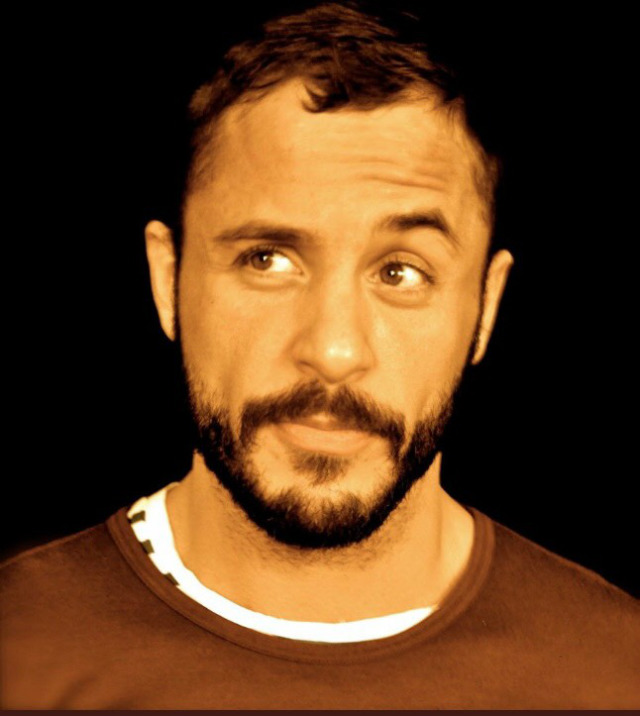 Caballero is now in an upstate prison serving a three-year prison sentence for a first-time drug offense. But he has not given up on trying to hold the officer accountable for his abuse. From prison, he continues to write to politicians, service organizations and media.

“Throughout my law enforcement career, I have seen firsthand the traumatic effects of sexual assault on victims and how they can last for years,” he said. “One thing that can bring closure in many cases is a timely investigation of these criminal acts and the prosecution of those individuals who commit them. People in detention facilities should be treated the same way as people on the outside.”

Moffat then listened to the next 16 speakers, each of whom talked about a client or loved one who had had a similar experience. DOC Commissioner Brann, who left the hearing partway through these testimonies, told the Board that the Department had implemented what she called “an aggressive corrective action plan,” which included hiring additional PREA investigators and team managers. Those additional staff members allowed the Department to close 1,216 of its open sexual assault cases.

Serena Townsend, the Department’s deputy commissioner of investigations and trials, told the Board that there are currently 300 open PREA cases and that they anticipated closing them by August.

“To know that there are many incidents that happen and this is just one of them is sad and frustrating,” Moffat told Gothamist. “There needs to be an easier system for those who have been victimized.”

#correction department
#department of investigation
#jails
Do you know the scoop? Comment below or Send us a Tip