Anneke Lucas, 56, a Brooklyn-based survivor of child sex trafficking and advocate for victims, launched a petition in January urging New York to mandate informational signage about human trafficking in all New York hotels and motels. The signs would offer resources to victims, she says, and educate hotel staff on certain indicators of trafficking: guests who book multiple rooms with cash, for example.

Inspired by legislation recently passed in Connecticut, Lucas's petition has received 54,569 signatures as of this writing. A few weeks ago, New York Assemblywoman Amy Paulin (D-Westchester) introduced legislation mandating signage and training for hotel staff, with Lucas as her muse. A task force like ECPAT-USA, which has standardized guidelines for identifying trafficking, would conduct the training.

Lucas says her parents sold her into a sex trafficking ring in Belgium when she was six years old, in the late 1960s. "I was trafficked in hotels twice, luxury hotels," Lucas told Gothamist on Monday. "When I was taken by these men I didn't speak the same language that they did, so I was suppose to be quiet, and no one ever tried to address me. I had no idea as a young child, 9 and 11, that I was being trafficked. I think if I had seen something very simple in the hotel lobby—'If you are under 18 and engaging in a sex act, you are a victim'—I would have taken down the number."

Paulin's legislation comes on the heels of an NYPD announcement that NYC is shifting its sex trafficking policing tactics. Commissioner James O'Neill said recently that he intends to prevent people coerced into performing sex from also being criminalized—arrested for prostitution, fingerprinted, and sent through the court system. The goal, he said, is to focus on arresting pimps and johns instead: what sex work advocates call the "end demand" approach. Eliminate the buyers of sex and exploiters of sex workers, and you eliminate the possibility of sexual exploitation, the logic goes.

Lucas told Gothamist that she is a proponent of end-game policing, which has also been endorsed by anti-sex trafficking nonprofits across the country. Paulin's legislation, she said, could help law enforcement target traffickers while helping victims.

"People can be on the look out, and hotel personnel can have a protocol in place," she said. "The protocol is to notify their manager, and then the manager knows what to do. The hotline is there that will connect to Polaris [a national human trafficking hotline], and they can notify police."

"Those who work in the hospitality industry are on the frontlines," echoed Sonia Ossorio, president of the National Organization for Women. "These are workers who can intervene and save lives with the proper training."

But some sex trafficking victims and their advocates are skeptical of the NYPD's ability to target perpetrators without also arresting victims. Proponents of legalizing sex work also argue that the crusade against sex trafficking emboldens the NYPD vice unit to make hotel sweeps, often arresting women who are working of their own volition, and are not trafficked. A recent Gothamist report documented hotel sweeps, resulting in prostitution arrests, a few days after Commissioner O'Neill pledged that "we can't just arrest our way out of this problem." 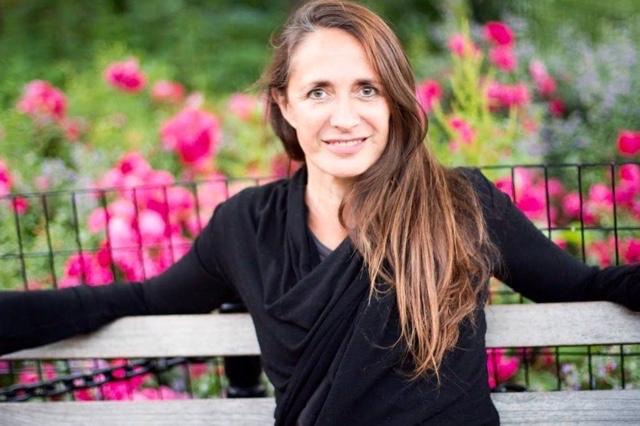 An Urban Institute report released last month details the shortcomings of NYC's current approach to policing prostitution: the vast majority of people arrested on prostitution charges in NYC between mid-2015 and mid-2016 were women of color. And while most of them ultimately had their charges vacated—part of a recent effort to clear the records of sex trafficking victims—cops and courts often leave sex workers and victims of trafficking feeling like criminals.

"Anybody that's trafficked isn't looked at as a victim," one 32-year-old woman told researchers. "They're a criminal until after the aftermath. That's when they find out we're really victims and not criminals."

Anti-sex trafficking organizations say that rates of trafficking are difficult to track, since victims often fear coming forward. According to the Urban Institute, of 1,413 defendants arrested for prostitution or related charges in NYC between February 2015 and March 2016, 35 percent reported that they had been trafficked into sex work at least one time in the past.

Lucas runs a nonprofit organization that brings yoga and meditation into prisons. Despite New York's safe harbor law protecting children 17 and under from being charged with prostitution, she said that she still encounters minors in prison, arrested on prostitution charges.

"I personally think it's not wrong to criminalize prostitution," she said, adding, "I would love to see that the criminalization wouldn't focus on the woman, but would focus on the john."

#nypd
#sex trafficking
#signage
#victims
#original
Do you know the scoop? Comment below or Send us a Tip