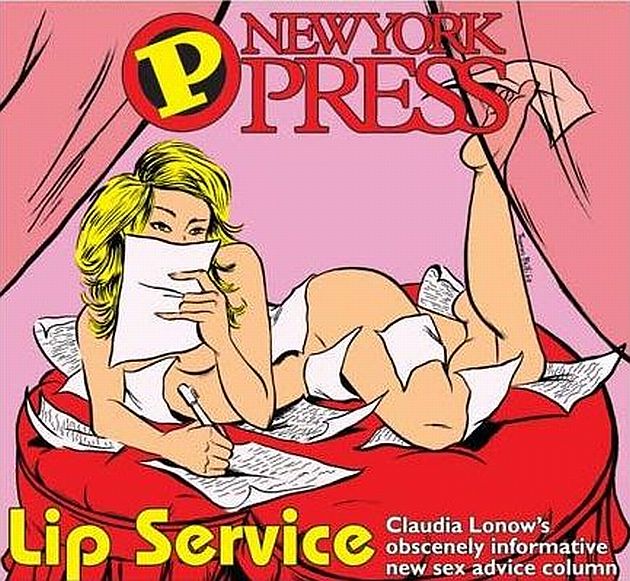 Today the alternative weekly New York Press announced the resignation of their new sex columnist, Claudia Lonow, after her debut column – and the cover story, no less – was found to have used some questions from old Dan Savage advice columns. The answers were her own, but, as Jezebel discovered, not questions like the one seeking advice about [paraphrasing] ‘what to do when you walk in on your girlfriend canoodling with her noticeably erect brother?’

See how we just paraphrased the actual question? Lonow really couldn’t be bothered, and basically pasted the question sent to Savage into her column, keeping the exact scenario with minor edits. As former Press dating columnist Judy McGuire observed, it’s probably not the best approach to steal from the nation’s most widely syndicated sex advice columnist.

In announcing the resignation, NY Press Editor in Chief David Blum identifies Lonow – who appeared on Knots Landing as a teen – as “a television writer based in Los Angeles who had not previously written for a newspaper… [and] was unaware that using questions from Savage's column was a breach of journalism ethics.” If Lonow was that desperate for sex questions, would it have been so difficult to just make up her own? And lost in all this is the more important question: what should the poor guy with the incestuous girlfriend should do?