One Hasidic man's quest for justice on behalf of his son and other young victims of sexual abuse has nearly brought him to ruin. After Sam Kellner learned in 2008 that his son was allegedly touched inappropriately by Borough Park rabbi/travel agent Baruch Lebovits, he obtained permission from a rabbinical court to report in the incident to the Brooklyn DA's office. Investigators determined that the incident would only amount to a misdemeanor, and declined to pursue the case due to Lebovits's clean record.

But an NYPD detective told Kellner that Lebovits might be a serial offender, and if he could produce more victims who'd been abused by Lebovits, the prosecution would move forward. It didn't take Kellner long to find a young man who said he was repeatedly sodomized by Lebovits, starting when he was 12. A second victim later came forward, Lebovits was arrested, and the case finally went to trial in 2010—he was convicted of eight counts of molestation and sentenced to 10 ½ to 32 years in prison, the stiffest punishment anyone from Brooklyn's tight-knit ultra-Orthodox community has ever faced. 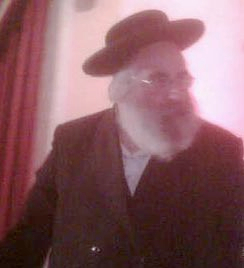 But Lebovits, now 62, never spent much time in jail, because high-profile attorney Alan M. Dershowitz of Harvard Law School persuaded the authorities to place him under house pending his appeal. And in a stunning reversal, DA Charles Hynes indicted Kellner on charges of trying to extort Lebovits. The allegation seemed dubious to some, because Kellner had informed detectives and prosecutors about the bribes he was offered by Satmar power brokers, if he agreed to stop cooperating with prosecutors.

Kellner says he repeatedly rejected sordid attempts to buy his silence, but next month he goes on trial for allegedly trying to extort $400,000 from Lebovits's family, allegedly in exchange for not testifying at trial. He's also accused of paying witnesses to testify against Lebovits. The DA's case hinges on a secretly taped conversation between Kellner and Meyer Lebovits, the cantor’s son. "When you have an audiotape where Kellner is warning him that he’s going to bring other victims, it speaks for itself," prosecutor Nicholas Batsidis assures NY Times columnist Michael Powell, who isn't convinced. Powell writes:

That explanation sounds better than the tape itself. The transcript reveals a conversation soaked in ambiguity, and rendered in overwrought language. It depicts Mr. Kellner as a tortured father trying to find justice. The younger Mr. Lebovits at times seems to accept that his father committed some acts of abuse.

Two weeks ago, I talked with the three-member rabbinical court — known as a Beit Din — in Monsey. These rabbis rarely grant interviews, but spoke now of their moral obligation. Their community for too long has resisted coming to grips with sexual abuse.

They view Mr. Kellner as a brave pioneer. He did not seek out witnesses at random; rather their court, with the help of local leaders in Williamsburg, gave him the name of a victim. “Lebovits is known to have a long history” of sexual abuse, Rabbi Chaim Flohr said. But Mr. Lebovits has powerful supporters, and people are fearful, he added.

Kellner's been denounced as a traitor in his Borough Park synagogue, and fellow parishioners have been forbidden to speak with him. It's all but impossible for him to do business in the community, and he was recently reduced to pawning his silverware. "People were screaming at me, coming after me on the street, blowing out my tires,” Kellner told Jewish Week. “I was kicked out from my shul, my kids kicked out of school, nobody would hire me."

And after all this, Lebovits remains a free man—Dershowitz, his attorney, used the extortion allegation against Kellner to get his client's conviction overturned on a technicality. (The DA has promised to retry the case against Lebovits, but no trial date has been set.) Kellner vigorously denies trying to extort money from Lebovits, and insists his only motivation has been justice for his son. Jewish Week also reviewed the transcript of that secret recording at the center of the extortion case, and reports:

The DA’s transcript of the tape (in Yiddish with an English translation) was reviewed for The Jewish Week by a native Yiddish speaker. Without context, the meaning of many of the exchanges is ambiguous at best; to someone with knowledge of the back story, it becomes clear that the discussion is not about attempts by Kellner to extort Meyer Lebovits using emissaries, but rather is about the beit din and those involved in it, Kellner’s desire to see Baruch Lebovits plead guilty in his son’s case, and attempts by others to get Kellner to drop the charges. (The reviewer also determined that many of the exchanges critical to the overall meaning of the conversation were distorted in the translation.)

Brooklyn's ultra-Orthodox Jewish community, which votes in a bloc, wields tremendous political clout in NYC politics, and critics of DA Charles Hynes say he's failed to aggressively prosecute Hasidic sex offenders because he needs their votes to stay in power. The political context of all this makes the extortion case against Kellner all the more chilling. “If [Kellner’s] convicted, no one will ever come forward again,” Rabbi Cheskel Gold tells the Times. “No one.”

#brooklyn
#charles hynes
#molestation
#sexual abuse
Do you know the scoop? Comment below or Send us a Tip
A new Gothamist is coming! We’ve moved comments over to our beta site. Click here to join the conversation and get a preview of our new website.