A dramatic scene is unfolding in Center City, Philadelphia after a building collapsed at around 10:45 this morning, trapping several people.

Philadelphia police have ruled out any foul play and believe that 8-10 people were trapped in the collapse. Authorities believe that the demolition of an old pornography theater next door caused the dramatic collapse.

As you can see from this before and after photo from Buzzfeed, the building completely collapsed. UPDATE: The photo is a little misleading as the building was already under demolition. Here's a more recent photograph. 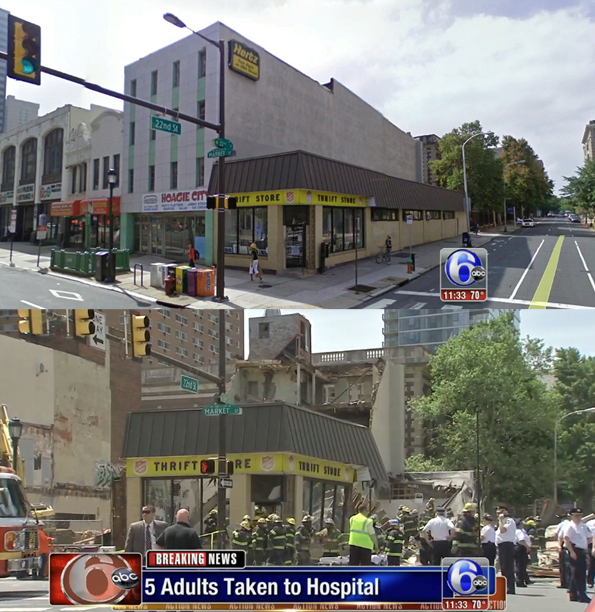 NBC10 Phildelphia is showing the rescue efforts, which now include large machinery digging for survivors. At least two people remain trapped, according to the Philadelphia Police Department.

Update 12:38 -- Twelve people have been transported to local hospitals and all of them are in stable condition. Two people are still missing.

#building collapse
#disaster
#philadelphia
Do you know the scoop? Comment below or Send us a Tip