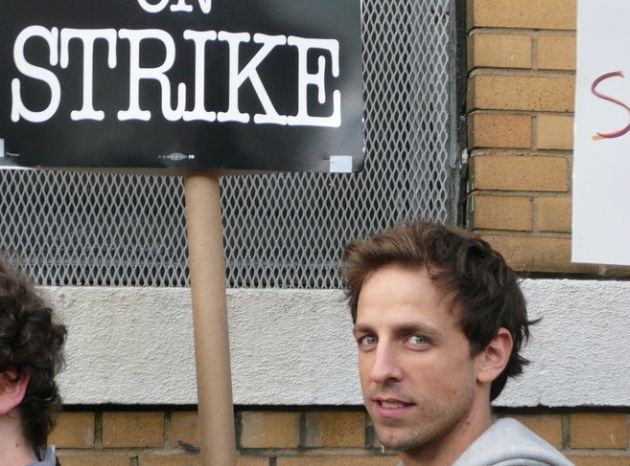 The Writers Guild strike continued into its second day today; in L.A. Jay Leno delivered donuts to strikers on his motorcycle, while here in New York Seth Meyers joined the picket line and the giant rat outside Silvercup Studios in Long Island City (30 Rock and Gossip Girl are among the productions filmed there). The Saturday Night Live star and head writer had this to say:

As far as how long we’re willing to strike, the important thing for us to remember is that twenty years ago the writers went on strike for 22 weeks, and as a younger writer I’m a beneficiary of what they went through. But we would all much rather be working!

Tomorrow the Guild will be picketing at Chelsea Piers (where Law & Order films). They vow to continue the strike as long as it takes until they get a contract that accommodates new media and digital technologies. So stayed tuned, because it's all repeats on talks shows anyway. 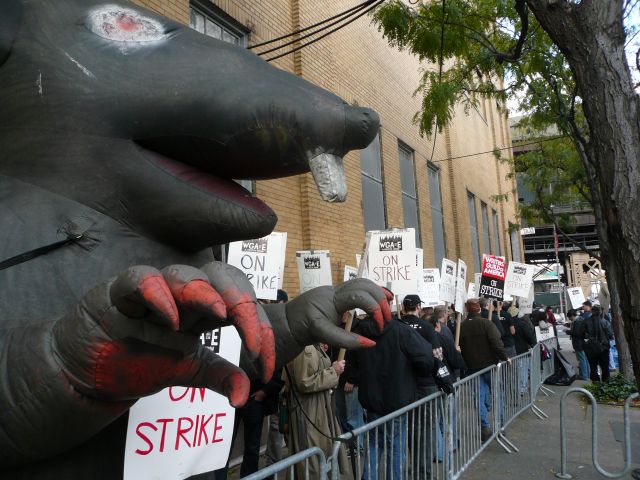 Variety has an interesting article about how writers' demands aren't being articulated (in fact, some writers are being criticized for speaking to the press) while their counterparts in the Alliance of Motion Picture and Television Producers have made a "well-organized attempt to convey their point of view."