A second prison worker at Clinton Correctional Facility in Dannemora, NY has been arrested for allegedly aiding two convicted murderers in their escape from the prison at the start of the month. Corrections Officer Gene Palmer, 57, has been charged with promoting prison contraband, tampering with physical evidence, and official misconduct in connection with the escape of David Sweat and Richard Matt on June 6th.

As we learned yesterday, Palmer was instrumental in getting tools to the two men alongside Joyce Mitchell, the prison tailor shop worker who was previously arrested for helping the men. Clinton County District Attorney Andrew Wylie says Mitchell admitted to putting hacksaw blades and drill bits into hunks of hamburger meat, tools which were then used by the men to make their escape.

Mitchell apparently roped Palmer into helping her bring it in, though his attorney maintains that he didn't know the tools were inside. "He did pass the hamburger meat. He shouldn't have done it. He apologized for it," said defense lawyer Andrew Brockway.

Palmer is also accused of giving the two men flat-head screwdrivers and needle-nose pliers on at least four occasions... in exchange for their artwork. After the escape, Palmer is accused of burning some of the works in a fire pit at his home while burying others in the woods. 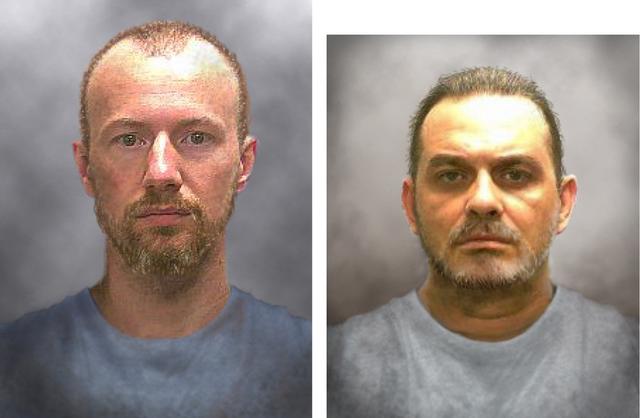 Matt is the artist of the two—he loved making portraits of political and celebrity figures (you can see some of his work here). He was especially fond of Oprah: "She changed so many lives. Thank you, Oprah," Matt wrote on the signature line of the portrait. He also reportedly gave paintings to Mitchell and her husband.

It's now been nearly three weeks since Matt and Sweat broke out of the prison. Despite a lot of tips and possible leads, authorities seem no closer to finding the two men—though they do now believe they may be armed.