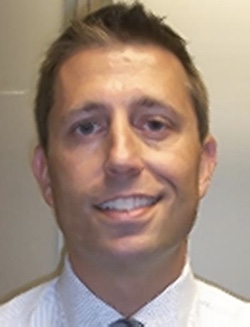 Dr. David Newman turned himself into Special Victims Unit detectives yesterday after a young female patient, 29, said he sexually assaulted her when she went to Mount Sinai Hospital for shoulder pain. She was first given pills and morphine from a nurse, but when Newman checked on her, he allegedly gave her more morphine, even though the patient said she had been given a dose.

During this time, she was in and out of consciousness.

The patient then saved the blanket Newman allegedly used to wipe semen from her face as well as a hospital gown that she used to wipe remaining ejaculate. He is charged with sexual abuse and forcible touching.

After this incident was publicized, a second woman came forward with similar allegations. The NY Times reports, "The woman, 22, had gone to the emergency room with a cold around 6 p.m. on Sept. 21 when, she told investigators, Dr. Newman groped her breasts, according to a criminal complaint. He has been charged with sexual abuse in that episode."

During a court hearing, the Manhattan DA's office "said only nurses are given access to morphine - concluding that Newman must have had his own stash."

Mt. Sinai says that Newman had been suspended from seeing patients since the beginning of the investigation. He is being held on $50,000 bail or $150,000 bond.

The married 45-year-old doctor is an Iraq War veteran and has given Ted Talks and contributed to the NY Times op-ed section. The Times notes that the back cover of his book, Hippocrates’ Shadow: Secrets From the House of Medicine, declares that Newman "sees a lack of candid communication between doctors and patients." The book promises to "show the patterns of secrecy and habit in modern medicine’s carefully protected subculture."

One woman told WCBS 2 that the allegations were "horrifying, especially since I’ve been to Mount Sinai multiple times. I’ve had multiple surgeries here. And so to hear something like that is very scary, ’cause it’s like how many other women has this happened to?"