Search is Still on for Missing Hedge Fund Scammer 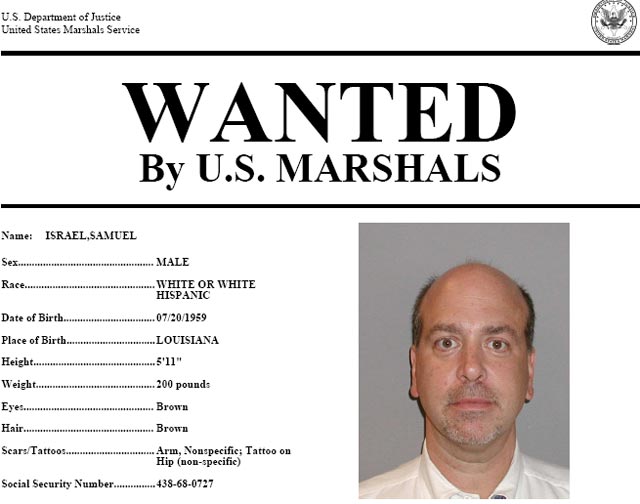 After released a "Wanted" poster and questioning someone who may have been involved with an escape, law enforcement officials doubt that hedge fund founder Samuel Israel killed himself. Israel, who was convicted and sentenced to 20 years in prison for swindling $450 million out of investors, was supposed to arrive at federal prison on Monday, but instead his empty SUV was found the Bear Mountain Bridge. The words "Suicide is Painless" were written on the dusty hood, suggesting suicide.

Or a staged suicide: Both WNBC and WABC report that authorities had spoken to someone whose car was seen on the bridge, a possible getaway driver. Per WNBC, "Officials said there is a chance Israel is still in the U.S. and they are following some leads suggesting he may now be making his getaway in an RV-type motor home."

The U.S. Marshals released a "Wanted" poster of Israel, noting that he's armed and dangerous, but that's standard language, since most people on the run definitely don't want to be caught. And the police say they will continue to search the Hudson River, "We'll continue to search, if it takes a week, a month, you know, the rest of the summer."