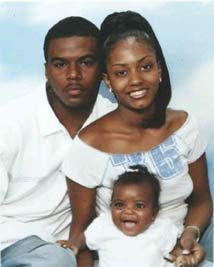 Yesterday, a NYPD trajectory expert testified about the fatal 2006 shooting of unarmed man on his wedding day. Crime scene detective Michael Cunningham, only called to examine the evidence seven months after the incident, testified he was unable to determine some trajectories because measurements supplied by the crime scene unit team were inaccurate.

Detectives Michael Oliver and Gescard Isnora are on trial for manslaughter, while Detective Marc Cooper is charged with reckless endangerment. Prosecutors used Cunningham's testimony to emphasize the defendents' reckless killing of Sean Bell, but during cross examination, he admitted some bullets could have ricocheted. Advocacy group 100 Blacks in Law Enforcement Who Care said while Cunningham was proficient, if called too late to examine the seen, the NYPD crime scene unit was incompetent.

On Thursday, an optometrist who saw Bell months before the shooting he old was legally blind in his right eye, suggesting Bell might not have realized the plainclothes men confronting him were undercover cops. Bell did not purchase prescriptive lenses (his overall sight was still good enough for driving) and the medical examiner did not check whether he was wearing any.

WNBC's Andrew Siff tallied up some stats: By Thursday, 46 witnesses testified (including 6 of Bell's friends) in the 19 days, with the prosecution is expected to end on April 6.

#bullet trajectories
#evidence
#sean bell
#sean bell shooting
#trial
Do you know the scoop? Comment below or Send us a Tip