Police investigating the shooting of a woman on a Lower East Side sidewalk early Sunday morning are hoping to talk to a male riding an electric scooter or bike on the sidewalk near the scene.

Around 4:50 a.m. on October 15th, a 26-year-old woman standing near the Hotel on Rivington was shot in the left shoulder. She was taken to Bellevue Hospital in stable condition. 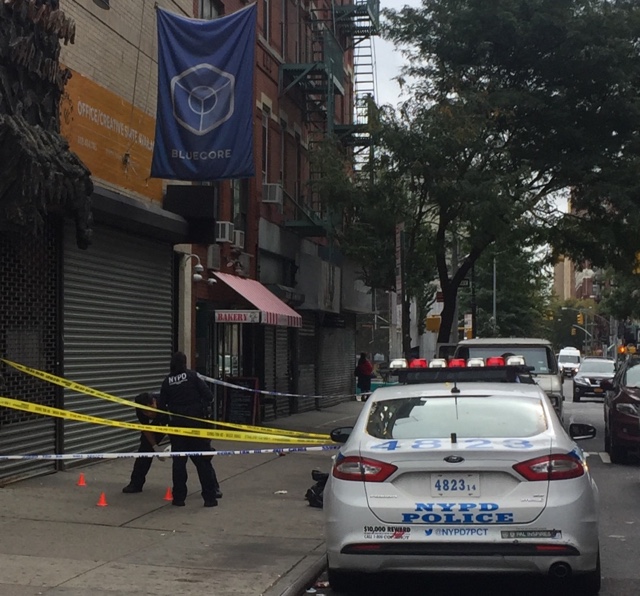 According to the NYPD, "The male individual was riding an electric scooter and fled the scene." DNAinfo reports that police initially "released a wanted poster with a photo of the suspect, depicted wearing a black hoodie and riding a small blue bike" and said he was wanted for assault, but now authorities say he is just wanted for questioning.

#gun violence
#Lower East Side
#rivington street
#shooting
Do you know the scoop? Comment below or Send us a Tip