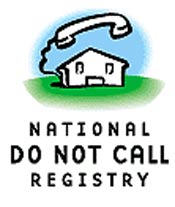 Senator Charles Schumer's latest crusade? Trying to keep the national Do Not Call registry list extended so New Yorkers and other Americans won't have to deal with re-registering.

Back in 2003, the government allowed people to request their phone numbers not be used by a telemarketers for solicitation. The do-not-call period is 5 years, and people would not be able to renew their do-not-call wishes until the period is over. And Schumer says there's a flaw: "They don't tell you when your name falls off. You can call up and get your name back on, but that usually takes two to three months...you'd get a whole lot more calls again."

Schumer has co-sponsored legislation written by Senator Byron Dorgan of North Dakota. He says there are almost 9 million phone numbers on the Do Not Call list in New York State, with about 3 million in NYC - here's a breakdown from Newsday:

If you haven't signed up, you can put your phone number(s) on the Do Not Call Registry via its website.