Scenes From A Small But Impassioned May Day In NYC 2018

Calling for working class power and holding a sea of flags, signs, and banners, May Day demonstrators took to the streets and parks of Manhattan on Tuesday. The crowd of socialists, union advocates, immigrants’ rights organizers, feminists, and anti-fascists rallied in Union Square and Washington Square Park for over seven hours, just as millions more marched in the streets across the globe, from the Philippines to Puerto Rico to celebrate the holiday known to many as International Workers’ Day.

“Today is an opportunity to link the struggle with workers here in the United States to the struggle of workers globally,” David Unger, 38 said shortly after a program of immigration rights speakers had finished in Washington Square. Unger is a coordinator at CUNY's Murphy Institute for Worker Education and Labor Studies.

“We do a really good job in all of our movements in this country to compartmentalize everything we do. Everything we can do to break down those silos and walls gives us a greater chance to effect long-term change.” 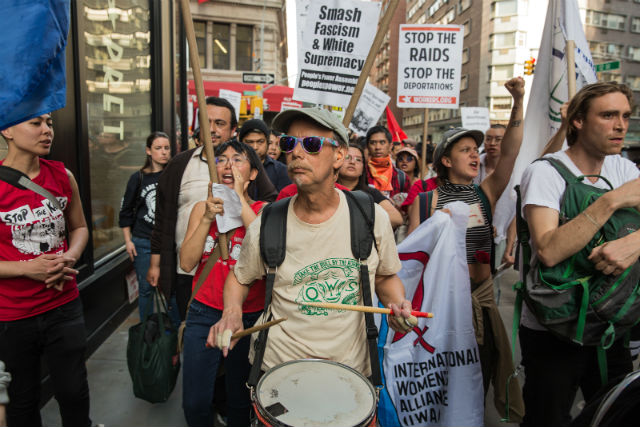 May Day began in 1889 to commemorate the Haymarket Affair, in which workers in Chicago were killed for demonstrating in support of the 8-hour workday. Today it’s centered specifically on worker power and changing the world’s economic system. Recently May Day has also been incorporated into the litany of actions and movements that condemn President Trump. 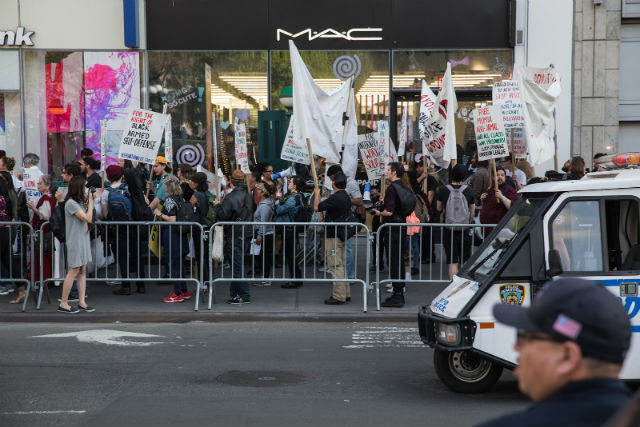 But unlike the recent Women’s March and March for Our Lives, which drew tens of thousands into the streets, yesterday’s May Day action saw only a few hundred demonstrators. Unger acknowledged the disparity while stressing May Day’s unique power. 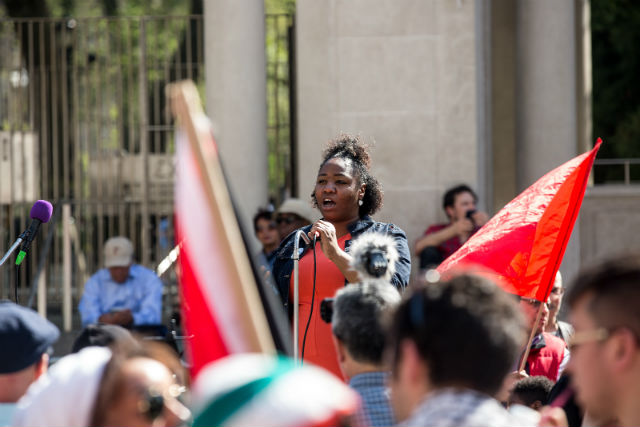 In the crowd was Erin Neff, a steering committee member of the NYC Democratic Socialists of America (DSA’s nationwide membership has grown by 450% since the 2016 election). Neff also stressed the importance broad leftist organizing.

“I think when we talk about workers rights and workers struggle, it is very intersectional. We’re talking about disadvantaged workers making below minimum wage—that’s usually women of color. That’s usually immigrants. Those are the people that get left behind in our capitalist society,” Neff said. “Today is also about immigrants’ rights and women' rights, and black lives matter.” 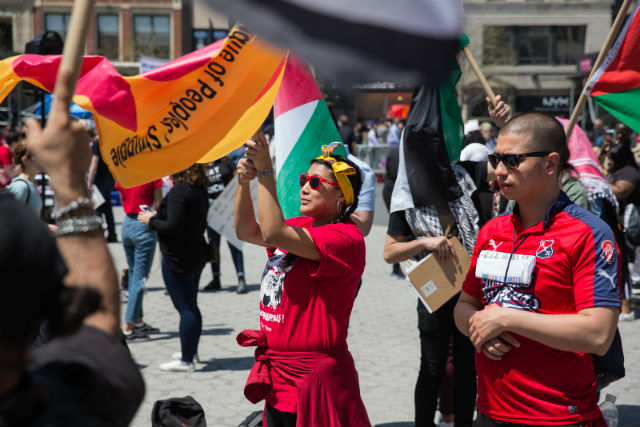 “Socialism is definitely on the rise,” Neff said with a smile. “Capitalism better head for the hills.”

#donald trump
#dsa
#international workers' day
#May Day
#socialism
#workers' rights
#original
Do you know the scoop? Comment below or Send us a Tip