Given the comments San Gennaro supporters have made to the media and on this Facebook group (and nothing is ever false on Facebook!), last night's full meeting of Community Board 2 promised to be an epic showdown between the defenders of Italian heritage and that rascally NoLita business community.

But aside from a few impassioned comments in the public session (including a man who butchered the tagline from The Shadow) the meeting was conducted without incident—possibly signaling a détente between the two opposing sides?

Councilman Chin's representative reiterated his support for the board's previous decision, and now the fate of whether San Gennaro will end at Kenmare or continue to extend to Houston is out of CB2's hands. The fate of the feast is now firmly in the lap of the Mayor's Street Activity Permit Office. Which would explain why the vast majority of the people attending yesterday's meeting left as soon the public portion concluded.

While the festival's supporters may have lost "Dunk the Clown" (who is the patron saint of clowns anyway?) it appears that they've maintained San Gennaro's current size and duration, for now. However, it would be wise for them to heed the comment made by one community member last night: 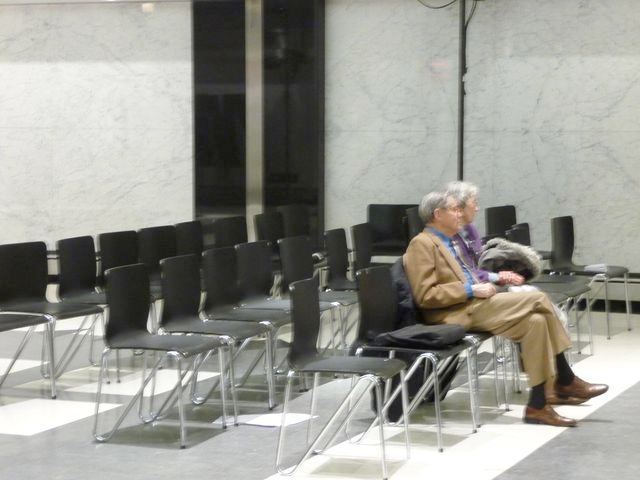 After the public said their peace, this is all that remained in the back of the meeting (Nell Casey / Gothamist)